A blip from Eustace Mullins

As the world pretends everything is A okay, the Jews are, and have been committing murder sacrifice worldwide. Missing children that never turn up, abortions, wars, fake suicides et al. I have told many people about this and they look at you like a deer in the headlights. How dare I disturb their fantasies with reality…yet they watch so-called reality shows that are far from reality…more like contrived reality designed to change reality. If you tell the truth, you are being negative. They say to me…after I speak with you, I’m not left with a good FEELING.

This good FEELING is preached to them everyday. It’s importance is chieftain among the sheepish populations. You’ve got to learn to be more positive and leave people with a good FEELING after they experience you. The Devil was a positive thinker as well…he said  “I will be like the most high” etc. After all, life is just one life long party and there should be nothing but good FEELINGS to ensue.

Get away from me with all that talk about the truth, I want the good FEELINGS that lies produce they say…with their eyes and actions. After I talk to people for a good deal of time, if they show me that they aren’t interested in the truth, Yahweh, or their country, I begin to withdraw from them and they often are puzzled as to why. There’s too many people who are in need of the truth for me to waste time with those who are obviously opposed to it. I make my break and move along.

Truth is like some medicines. Often medicines like castor oil or others taste terrible, but they help make you better in the long run. Truth can be like that as well. In order for things to be able to get better in this horrible world, we need to hear the truth and like a medicine, it will begin a process in all of us that will help progress the healing of the world situation.

Here is a blip from The new History Of The Jews by Eustace Mullins…Take this Medicine and it may help you to understand what’s been going on in this world and what is still going on to this day!

Ah…now that’s some real medicine. Ponder on it for awhile! 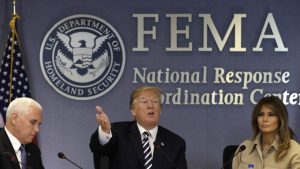