Pizzagate is just the DC slice of the global pizza.  The RCC, Freemasons, Jesuits and Rothschilds implicated.  The castle known as the “Mother of Darkness” is the HQ of global pedosexuality and child sacrifice.

From a speech by Malcom Muggeridge at Stanford University:

So the final conclusion would seem to be that whereas other civilizations had been brought down by attacks of barbarians from without, ours had the unique distinction of training its own destroyers at its own educational institutions and providing them with facilities for propagating their destructive ideology far and wide, all at the public expense. Thus did Western man decide to abolish himself, creating his own boredom out of his own affluence, his own vulnerability out of his own strength, his own impotence out of his own erotomania; himself blowing the trumpet that brought the walls of his own city tumbling down. And having convinced himself that he was too numerous, labored with pill and scalpel and syringe to make himself fewer, until at last, having educated himself into imbecility and polluted and drugged himself into stupefaction, he keeled over, a weary, battered old brontosaurus, and became extinct.

Keep your eyes wide shut.  Let’s not forget that all of this self-abolition has been implanted in our minds and institutions by the perfidious Jews of Talmudism, Zionism and communism.  “Die, Whitey, Die” is their mantram.

Pedosexuals advocate for their “rights to abuse children.”

People can classify themselves as heterosexual, homosexual, asexual, metrosexual. There are endless sexual orientations under the sun, and now, pedophilia can be added to the list. In the fifth edition of the Diagnostic and Statistical Manual of Mental Disorders (DSM V), the American Psychiatric Association (APA) drew a very distinct line between pedophilia and pedophilic disorder. Pedophilia refers to a sexual orientation or profession of sexual preference devoid of consummation, whereas pedophilic disorder is defined as a compulsion and is used in reference to individuals who act on their sexuality.

(ALSO READ: A Timeline Of Sexual Assault At USC)

APA’s decision has given rise to numerous pedophilia-advocacy groups, the chief of them being B4U-ACT, a non-profit grassroots organization based in Maryland. Created in 2003 primarily as a means for “minor-attracted persons” to be open about their sexual preferences in a supportive atmosphere, B4U-ACT is now widening the scope of their organization.

“Policy-making” is used chiefly in reference to the sex-offender registry. Christiano is not alone in advocating change within the system. Caitlin Myers, a doctorate student in Sociology here at the University of Southern California, says the registry needs to be “more senstitive to the nature of crime.” Myers explained that the chief problem within the sex-offender registry itself is the “one size fits all” viewpoint it bears towards sexual offenses. “There could be a man who committed 20 consecutive rapes and a 19-year-old boy who had sex with his 17-year-old girlfriend and they would be punished in the same manner.”

Change to the system is understandable, yet B4U-ACT’s grounds for such change remains murky. When questioned about the most responsible way in which a pedophile could manage his sexual preferences, Christiano answered that while B4U-ACT encouraged minor-attracted persons within the organization to openly acknowledge their feelings and desires, such sexual preferences must remain purely a mental exercise and therefore entirely unconsummated. In other words, pedophiles must be allowed to fantasize about minors, as long as such acts are never consummated.

Yet how can we be assured that such behavior remains entirely in the mind and not carried out in the bedroom? Answer: we can’t. Myers confirmed that it is “scientifically impossible to settle the question of whether or not a minor-attracted person will act on their compulsion.”

In an essay written for his senior thesis as a graduate student, Christiano argued for the “sexual autonomy” of children, citing that children “should not be left in the dark about their own sexuality.” With more education about their sexuality, reasoned Christiano, comes more knowledge of boundaries and what they do or don’t want.

While Myers agrees that open discussion and acknowledgement of sexuality is something our current society is lacking, she emphasizes that children cannot give consent. “In theory,” Myers says, “pedophilia as a practiced sexual orientation walks a thin line. There is no possibility of pedophilia becoming an accepted sexual orientation in current culture.”

According to Christiano, people must be allowed to celebrate sex and sexuality, “one of the few freely-given pleasures in life.” The community of minor-attracted persons is, as a whole, “denied their complexities.”

Get involved as a citizen journalist:  Help us to expose these monsters in human form.  Have you had enough yet? 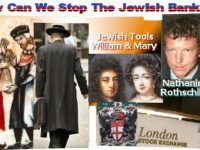 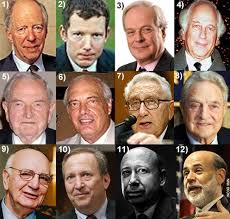