The Jews and Muslims are working together to destroy western civilization.

The current Muslim invasion of the West is financed by Jewish banksters.

The Saudi Royal family are crypto-Jews who have been working hand-in-glove with ZOG (Zionist Occupation Government) to Christianity and the West.

Reportedly, the Saudi monarchs and their Wahhabi religion have Jewish origins.

Wayne Madsen has written about the Jewish connections to Saudi Arabia.

(I Understand and I wish to Continue – The ‘DONMEH’ (CRYPTO JEWS): House of Saud Connections)

The Turkish Ottoman Empire, which included key parts of Saudi Arabia, had lots of crypto-Jews (Jews pretending to be Moslems)

These crypto-Jews (also called Donmeh) have connections to the Saudi royal family and Saudi religion.

Reportedly, the founder of the Saudi Wahhabi sect of Islam, Muhammad ibn Abdul Wahhab, was a crypto-Jew.

An Iraqi intelligence report, dated 2002, and released in 2008 by the US Defense Intelligence Agency, points to the Jewish roots of Wahhab.

The report uses the memoirs of a Mr. Hempher, a British spy who claimed to be an Azeri.

In the mid-18th century, Hempher made contact with Wahhab in order to set up the Wahhabi sect.

Reportedly, the purpose of the Wahhabi sect was to bring about an Arab revolt against the Ottomans and pave the way for a Jewish state in Palestine.

Hempher’s memoirs are recounted by the Ottoman writer Ayyub Sabri Pasha in his 1888 work, ‘The Beginning and Spreading of Wahhabism.’

In his book, ‘The Dönmeh Jews’, D. Mustafa Turan writes that Wahhab’s grandfather, Tjen Sulayman, was actually Tjen Shulman, a member of the Jewish community of Basra, Iraq.

In his book, ‘The Dönmeh Jews and the Origin of the Saudi Wahhabis’, Rifat Salim Kabar reveals that Shulman eventually settled in what is now Saudi Arabia, where his grandson, Muhammad Wahhab, founded the Wahhabi sect of Islam.

The Iraqi intelligence report states that Shulman had been banished from Damascus, Cairo, and Mecca for his ‘quackery.’

According to the book, Moishe changed his name and married off his son to a woman from a Saudi tribe.

The Iraqi intelligence report reveals that the researcher Mohammad Sakher was the subject of a Saudi contract murder hit for his examination into the Sauds’ Jewish roots.

In Said Nasir’s book, ‘The History of the Saud Family’, it is maintained that in 1943, the Saudi ambassador to Egypt, Abdullah bin Ibrahim al Muffadal, paid Muhammad al Tamami to forge a family tree showing that the Sauds and Wahhabs were one family that descended directly from the Prophet Mohammed.

The Turkish Ottoman Empire, which gradually shrank in size.

At the start of World War I, a Jewish British officer, David Shakespeare, met with Ibn Saud, who was to become the first Saudi monarch.

In 1915, Ibn Saud met with the British envoy to the Gulf region, Bracey Cocas.

Cocas made the following offer to Ibn Saud: “I think this is a guarantee for your endurance as it is in the interest of Britain that the Jews have a homeland and existence, and Britain’s interests are, by all means, in your interest.”

Ibn Saud replied: “Yes, if my acknowledgement means so much to you, I acknowledge thousand times granting a homeland to the Jews in Palestine or other than Palestine.”

Two years later, British Foreign Secretary Lord Balfour, in a letter to Baron Walter Rothschild, a leader of the British Zionists, stated: “His Majesty’s government view with favor the establishment in Palestine of a national home for the Jewish people . . .”

The deal to set up Israel had the backing of the Turkish leader Kemal Ataturk, who was reportedly a crypto-Jew.

In 1932, the British put Ibn Saud into power as King of Saudi Arabia.

The Sauds made Wahhabism the state religion of Saudi Arabia.

Turkey has its ‘deep state’, a hidden government which has carried out acts of false flag terrorism (Ergenekon).

(Turkey’s ‘deep state’ is said to have worked with Mossad and the CIA, and to have aided in carrying out the 9 11 attacks)

One high-ranking Turkish foreign policy official has said that there are ‘deep states’ in Egypt, Saudi Arabia, Jordan, and Syria.

These ‘deep states’ would appear to involve crypto-Jews.

In Libya’s new government, the Wahhabis have much influence.

Yes, folks, the Jews created Wahhabism.  And the wave of Muslims invaders has been orchestrated by the likes of Rothschild, Soros and ZOG.

Tell everybody you know about EFR.   Our news is the most accurate and timely of all news organizations – and we’re not afraid of naming the Jews who want to kill you…
ps. Don’t forget to donate. 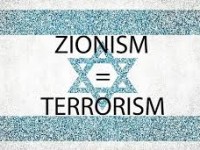 RH – Why the Jews Don’t Believe in Jesus (Yahshua) 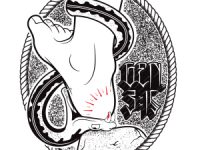 Eli James is the author of The Great Impersonation. Much of his additional writings can be found at the Anglo Saxon Israel website.
View all posts by Eli James →
« George Soros, Billionaire Communist Jew, Says He Is a “God”
Pastor Eli James Explains Why the Judeo Churches Are Losing Hearts and Minds »