Ladies and Gentlemen, I was recently a guest on the Andrew Carrington Hitchcock show. I was asked to do a study on the movie: blazing Saddles. This movie is something all white people should watch with a critical eye. If you do, you will see the Jewish Agenda against the white race that was perpetrated by the Jew, Israel Cohen.

“We must realize that our party’s most powerful weapon is racial tensions. By propounding into the consciousness of the dark races that for centuries they have been oppressed by whites, we can mold them to the program of the Communist Party. In America we will aim for subtle victory. While inflaming the Negro minority against the whites, we will endeavor to instill in the whites a guilt complex for their exploitation of the Negros. We will aid the Negroes to rise in prominence in every walk of life, in the professions and in the world of sports and entertainment. With this prestige, the Negro will be able to intermarry with the whites and begin a process which will deliver America to our cause.”

This creature wrote a play called The Melting Pot in which he set out to put a guilt trip upon the white race for supposed mistreatment of all the minority groups. Also, he wanted to pound it into the heads of the minorities that we heavily mistreated all of them.

The Jews use the minority card and races to persecute and hate the white race. In our current day, most of the sub races hate us. I have a hard time believing that white people watched a movie like Blazing Saddles without realizing the Jews were portraying them in such a degradable manner.

I, for one, detest Hollywood, Talmudvision, and any other Jew run media publication. Give them no heed for they are at war with the race of Adam, (aw-damn able to blush) and have been for thousands of years. 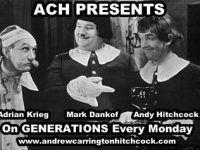 ACH (1171) Dr. Adrian Krieg And Mark Dankof – Generations With Adrian, Mark, And Andy #31 – Happy Don’t Judge A Person By The Color Of Their Skin Day! 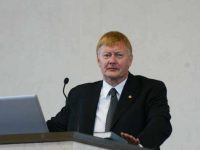