Eli talks with Paul English as they look at the history of Money and Banking. An extended 2 and half hour show which originally aired live at 3pm ET Saturday 7th November 2015.

Banking System of the United States

Money is the creature of law and the creation of the original issue of money should be maintained as an exclusive monopoly of National Government.

Money possesses no value to the State other than given to it by circulation. Capital has its proper place and is entitled to every protection. The wages of men should be recognized in the structure of government and in the social order as more important than the wages of money. 1

No duty is more imperative on the Government than the duty it owes the people to furnish them with a sound and uniform currency, and of regulating the circulation of the medium of exchange so that labor will be protected from a vicious currency, and commerce will be facilitated by cheap and safe exchanges.

The available supply of gold and silver being wholly inadequate to permit the issuance of coins of intrinsic value or paper currency convertible into coin in the volume required to serve the needs of the people, some other basis for the issue of currency must be developed, and some means other than that of convertibility into coin must be developed to prevent undue fluctuations in the value of paper currency or any other substitute for money of intrinsic value that may come into use. The monetary needs of increasing numbers of people advancing toward higher standards of living can and should be met by the Government. Such needs can be served by the issue of national currency and credit through the operation of a national banking system. The circulation of a medium of exchange issued and backed by the Government can be properly regulated and redundancy of issue avoided by withdrawing from circulation such amounts as may be necessary by taxation, redeposit, and otherwise.1 Government has the power to regulate the currency and credit of the nation.

Government should stand behind its currency and credit and the bank deposits of the Nation. No individual should suffer a loss of money through depreciated or inflated currency or bank bankruptcy.

Government possessing the power to create and issue currency and credit as money and enjoying the right to withdraw both currency and credit from circulation by taxation and otherwise, need not and should not 2 borrow capital at interest as the means of financing governmental work and public enterprise.

The privilege of creating and issuing money is not only the supreme prerogative of Government, but it is the Government’s greatest creative opportunity.

By adoption of these principles, the long-felt want for a uniform medium will be satisfied.

The taxpayers will be saved immense sums in interest, discounts, and exchanges.

The financing of all public enterprise, the maintenance of stable government and ordered process, and the conduct of the Treasury will become matters of practical administration. The people can and will be furnished with a currency as safe as their own Government.

Money will cease to be master and become the servant of humanity.
Democracy will rise superior

to the money power. 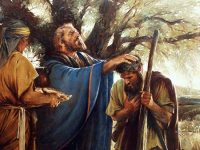 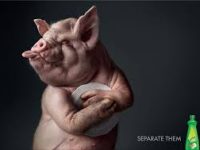 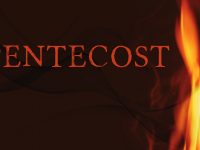