Feel the winds of change. For many years now, Henrik Palmgren’s “Red Ice Creations” has been a primary, high quality audio watering hole for all manner of alternative technological, medical and conspiratorial interviews. Recently however, Red Ice has begun to look at the core issues of race and the systematic planned genocide of white people, primarily being orchestrated and led by ZOG (Zionist Occupied Government) and International jewry. This interview with Kyle Hunt fits the new bill.

Kyle Hunt received his BA in psychology and theater, worked briefly in Silicon Valley, and then became involved in the alternative media in 2008. Over the years he has covered topics such as symbolism, mythology, occultism, synchronicity, spirituality, paganism, racial realities, revisionist history, politics, and anything else that might pique his interest. Kyle is best known for previously blogging on Star Theory, hosting a show on the now defunct Oracle Broadcasting Network, founding Renegade Broadcasting, and most recently leading the controversial White Man March in an effort to raise awareness concerning the ongoing genocide of European people across the world.

In the first hour, Kyle shares his journey from synchromysticism into the study of ZOG. Voltaire said, “To learn who rules over you, simply find out who you are not allowed to criticize.” In today’s PC environment, we’ll discuss the one group you cannot criticize. But to find out who is oppressed, simply find out the one group you cannot support. We’ll discuss White identity and interests in a so called “post-racial” America. Kyle talks about the blatant double standards and hypocritical justifications found within the ideology of “diversity” and “tolerance.” We’ll also discuss revisionist history pertaining to WWII and the holocaust. Later, we discuss how feminists demonize European men while they turn around and support Muslims who treat women and gays horribly. Also, we talk about Sarkozy’s “challenge of the 21st century,” racial interbreeding.

In the second hour, we’ll begin discussing how the military is being used to institute policies favorable to Israel. Kyle talks about the creation of the goy vs. goy conflict. We’ll elaborate on the motives of Jews who push multiculturalism upon European countries but not in Israel. In America illegals are allowed to flood in through the southern border. We’ll talk about how this isn’t beneficial to anyone. Later, we’ll discuss the naivety and indoctrination of European people and radicals who hate Whites. The second hour ends on elites who are ramping up a race war. 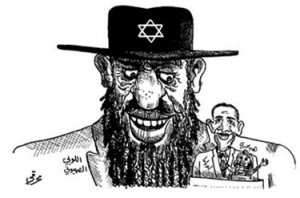 6 Billion Goyim Deserve to Die Because They Are Not Jewish