Pastor Eli continues his explanation of how the Rothschilds worked towards total control of global banking, from the Bank of International Settlements between the two world wars and creation of the Bretton Woods agreement, at which the Federal Reserve Note became the world’ reserve currency, of course controlled by the Rothschilds.  This included the creation  of the World Bank and the International Monetary Fund, leading up tot he United Nations Organization, which is the Rothschild scheme to control world politics.   Mystery Babylon (the New World Order) is taking shape. 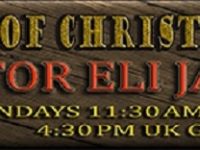 YCP- The Seat of Satan’s Throne

Eli James is the author of The Great Impersonation. Much of his additional writings can be found at the Anglo Saxon Israel website.
View all posts by Eli James →
« COVID Hoax and Forced Vaccination: Siamese Twins
GTR – Genesis Chapter 2, Part 1 »