Welcome to Blackbird9’s Breakfast Club’s Wednesday Podcast, Repent Harlequin Said The Backbeat Band.  Tonight we examined the history of the APPLICATION of  (((THE MEANIE METHOD))) in the modern Entertainment and Internet Technologies Industry.

In the second hour of Repent Harlequin Said The Backbeat Band, the host discussed the APPLICATION of  (((THE MEANIE METHOD))) in the modern Music and Internet Technologies Industry.  From the science surrounding the basic senses of Taste, Touch, Smell, Hearing and Sight of humans as modeled by Helmholtz, Bell, Edison, Maxwell, Hertz, Marconi, etc., to the rise of the Sabbatean, Frankist, Illuminati, Zionist, and Communist movements,  the rise of technology in the Entertainment, Military, and Intelligence Industries, the founding of the CIA, The Mossad, MI6, Unit8200, Talpiot, and Mega groups, the rise of Psychological and Information Warfare, the founding of Google, YouTube, Twitter and Facebook, to the exposes by Project Veritas, the host examined how (((THE MEANIE METHOD))) has long been applied to media to attract attention and manipulate the masses on many levels. 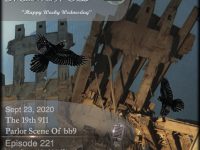 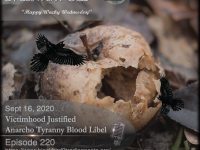 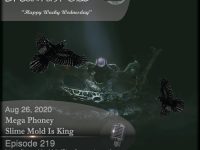