This video explains how the Sackler family has made billions on getting people addicted.

There is no other way to put it:  The Sacklers are guilty of mass murder and mass addiction.

You guessed it.  The Sacklers are Jews:

Richard Sackler, a board member and past president of Purdue Pharma that helped spark the nation’s ongoing opioid crisis including OxyContin.

Click for Source Article on Esquire by Christopher Glazek

Sacklers never put their name on their ONE KILLER PRODUCE – OXYCONTIN!  Like Fords, Hewletts, Packards, Johnsons.

Kate Middleton, the Duchess of Cambridge, was summoned to consecrate the earth’s first outdoor Sackler Courtyard made of porcelain in London.

Sacklers have a Wing at New York’s Metropolitan Museum of Art housing majestic Temple of Dendur, a sandstone shrine from ancient Egypt

Sacklers have a Wing at the Louvre and the Royal Academy

Sacklers have stand-alone museums at Harvard and Peking Universities

Sacklers have galleries at the Smithsonian, the Serpentine, and Oxford’s Ashmolean.

Sacklers have Center at The Guggenheim in New York

Sacklers have an Educational Lab at American Museum of Natural History

Sacklers Escalator at the Tate Modern

Sacklers lectures on theoretical astrophysics and HOW IRONIC on human rights

Mortimer and Raymond Sackler, a pair of psychiatrist brothers from Brooklyn

Sacklers oath “Never comment publicly on the source of the family’s wealth.”

Sacklers $14+ Billion fortune from OxyContin narcotics, among the most dangerous products ever sold on a mass scale starting in 1996 by Purdue Pharma, the American branch of the Sacklers’ pharmaceutical empire

Sacklers Purdue Pharma was first to dominate market for long-acting opioids = 50% of prescriptions.

Keith Humphreys, Stanford professor wrote, “The Sacklers have hidden their connection to their product. They don’t call it ‘Sackler Pharma.’ They don’t call their pills ‘Sackler pills.’ And when they’re questioned, they say, ‘Well, it’s a privately held firm, we’re a family, we like to keep our privacy, you understand.’ ”

#1 Selling OxyContin as a prescription
#2 Promoting the Sackler name on everything the rich visit = Promoters of All that is good & beautiful.
#3 Complete secrecy from the public who they are KILLING!

Originally Purdue Frederick, founded in 1892 on New York’s Lower East Side was a peddler of HORSE TONICS AND FAKE CURES (LIKE ROCKEFELLERS STARTED)

Sackler brothers came from a family of Jewish immigrants in Flatbush, Brooklyn.

Arthur Sackler made his name in pharmaceutical advertising to partially replaced drugs being sold door-to-door to doctors. He used print ads in medical journals selling the “miracle drugs” of the 1950s.

1960s Arthur advertised new antianxiety medication called Valium. Valium became was first to reach more than $100 million in sales and Arthur became RICH with a % of the action. When Arthur donated his art and money to museums, he often imposed onerous terms including a byzantine tax-avoidance SCAM where the museum first sold Arthur a large quantity of ancient artifacts at the deflated 1920s prices & Arthur then donated back the artifacts at 1960s prices & Taking a MASSIVE tax deduction.

1974 Arthur and his brothers made a large gift to the Met—$3.5 million, to erect the Temple of Dendur—they stipulated that all museum signage, catalog entries, and bulletins referring to objects in the newly opened Sackler Wing had to include the names of all three brothers, each followed by “M.D.” “All that was missing was a note of their office hours.”

1982 In a bad breakup with the Met, Arthur donated the best parts of his collection, plus $4 million, to the Smithsonian in Washington, D. C.

2003 Mortimer Sackler led Napp Pharmaceuticals, the family’s drug company in the UK. Overlapping with USA Big Pharma business and OxyContin, the vehicle of that $14+ Billion fortune jumping from over-the-counter remedies like ear-wax remover and laxatives to Beradine to Napp.

1966 Betadine, an antiseptic to prevent infection among wounded soldiers in Vietnam.

1972 A timed-release morphine pill to allow dying cancer patients to sleep through the night without an IV. In hospice care, though, addiction was not a concern since it didn’t matter if terminal patients became hooked in their final days.

1981 Napp introduced a timed-release morphine pill in the UK; six years later, Purdue brought the same drug to market in the U. S. as MS Contin, became the gold standard for pain relief in cancer care.

1986 Two doctors from Memorial Sloan Kettering hospital in New York published a fateful article in a medical journal that purported to show, based on a study of thirty-eight patients, that long-term opioid treatment was safe and effective so long as patients had no history of drug abuse.

1990 Purdue knew it needed to move beyond MS Contin since “Morphine had a stigma” & its patent was set to expire in the late nineties. So they tried a pill containing oxycodone, a chemical similar to morphine that was also derived from the opium poppy, but was 50% more powerful. And the company deceived doctors about its hi potency danger, but the company pretended it was like morphine. OxyContin pills could simply be crushed and snort it to get most of the narcotic payload in a single inhalation.  OxyContin’s sales started out small in 1996, but in 2001 the company rebranded pain relief as a sacred right: a universal narcotic entitlement available not only to the terminally ill but to every American. By 2001, annual OxyContin sales had surged past $1 billion. Sales reps were encouraged to downplay addiction risks. “It was sell, sell, sell!” “We were directed to lie. Why mince words about it? Greed took hold and overruled everything.” “We used to fly doctors to these ‘seminars.’ ”

1996-2001 The number of OxyContin prescriptions in the United States surged from about three hundred thousand to nearly six million. Reports of abuse started in West Virginia, Florida, and Maine.

2007 Purdue eventually pleaded guilty to felony charges for criminally “misbranding” OxyContin, it acknowledged exploiting doctors’ misconceptions about oxycodone’s strength. Purdue pleaded guilty to felony charges, admitting that it had lied to doctors about OxyContin’s abuse potential. = “misbranding a drug with intent to defraud or mislead.” And paid a PATHETIC $600 million in fines & misdemeanor charges for three people who did some community service. No Sacklers or their names showed up in the 2007 suit.

On April 16, 2013, the day some of the key patents for OxyContin were scheduled to expire, the FDA followed Purdue’s lead, declaring that no generic versions of the original OxyContin formulation could be sold and the STINKING AWFUL company had effectively won several additional years of patent protection for its golden goose.

Sacklers are “the nicest, most gentle people you could imagine.” — Says bought faculty

2017 May, a dozen lawmakers in Congress sent a bipartisan letter to the World Health Organization warning that Sackler-owned companies were preparing to flood foreign countries with “legal” narcotics. THESE CRIMINALS NEVER STOP! According to an investigation last year in the Los Angeles Times, Mundipharma, the Sackler-owned company charged with developing new markets, is employing a suite of familiar tactics in countries like Mexico, Brazil, and China to stoke concern for as-yet-unheralded “silent epidemics” of untreated pain. So the controversy surrounding OxyContin shows little sign of receding.

2016 CDC issued a startling warning: There was no good evidence that opioids were an effective treatment for chronic pain beyond six weeks. There was, on the other hand, an abundance of evidence that long-term treatment with opioids had harmful effects.

In Colombia, according to the L.A. Times, the company went so far as to circulate a press release suggesting that 47 percent of the population suffered from chronic pain.

EFR always gives you the STRAIGHT DOPE about the jooz. 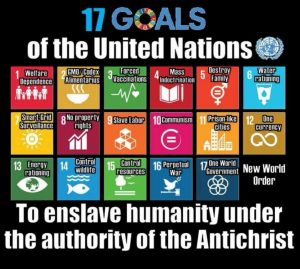 VOCI – Cure Is Worse Than the Disease 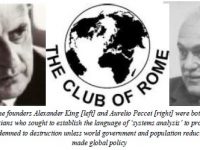 Eli James is the author of The Great Impersonation. Much of his additional writings can be found at the Anglo Saxon Israel website.
View all posts by Eli James →
« Blackbird9 – (174) Incubator Babies Launch Iraqi Cruise Missiles
YCP: Christian Identity Labelled as “White Supremacism” by Encyclopedia Britannica »