Welcome to Blackbird9’s Breakfast Club’s Wednesday Podcast , Losing The Publishers Home Invasion Sweepstakes.  Tonight we will look at the history of the Magazine Publishing Industry.

In the second hour, Losing The Publishers Home Invasion Sweepstakes, the host examined the history of the Magazine Publishing Industry and its associated Sweepstakes promotional programs.   From the earliest records of WIN-LOSE Games, to the first recorded symbols, to the first movable type press Gutenberg Bible of 1456, to the first Literary and Philosophy magazine in 1663 Germany, to Benjamin Franklin’s Poor Richard’s Almanac (1732-1758), to the invention of photography by William Hyde Wollastan in 1839, to The Illustrated London News Magazine in 1842, to the magazine publishing explosion of the 1920s, to Edward Bernays’ works “Crystallizing Public Opinion” (1923) and “Propaganda” (1928), to the CIA’s 1950s Operation Mockingbird , to the Publishers Clearing House Sweepstakes promotions beginning in 1967, to Dr. Brian Wilson Key’s 1974 expose on mass marketing “Subliminal Seduction” the host looked at the reality that “Magazines” were aptly named for this form of media has long been a weapon of psychological warfare against an unsuspecting target group just looking for information, entertainment and possibly a chance to WIN a prize. 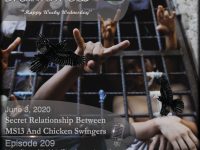