For this week’s show, I wanted to recap some articles I came across that were of interest regarding The LV Shooting.  I can’t positively say what happened.  I have my own thoughts about it just like everyone else.

I’m sure the EFR staff already beat me to the punch on this last week, but there were still a few items I wanted to discuss.

The one caution I want to issue:  stay away from the “nobody died”  “it’s a hoax”  “fake blood” “crisis actors”  simplistic crap that’s floating around social media from the same people trying to claim that Gene Rosen from Sandy Hook is the shooter.  Stay away from this junk, and focus on poking holes in the official narrative put out by the media and law enforcement.

People were injured, people were killed.  If you wish to view the gruesome photos visit bestgore.com and Youtube where there’s video footage of people bloodied, gargling, and gasping for their last breath.

I think Yoichi Shimatsu had the most interesting piece that I’ve read outlining the “big picture” of what may have happened in Vegas.  You can read his article here

There are a few typos (I believe Yoishi is Japanese) but the content is interesting, to say the least.

The outro dialogue of the show is from Mark Koernke.  He’s live on Joe McNeil’s themicroeffect.com every weekday morning 9am-11am EST and then does another three hours on Libertytreeradio.4mg.com from 5-8pm EST (the 7 pm hour is a break).  After a decade of listening to him, he’s one of the few people I trust on matters, even when shooting from the hip.

Many of the opinions in this show may prove to be false.  I did issue that Caveat in the show.  Time will tell.  “Caveat Emptor,” as they used to say.

Here’s a video I posted of Mark on YouTube yesterday.

If you enjoyed the content of this show, you can find more episodes at TedMidward.info

CALL IN TO THE SHOW VIA SKYPE – On Skype Search for:   eurofolkradio

Call in to my live show (Mondays 8-10pm EST) to speak with me and my guest over skype.

SUBSCRIBE TO THE “A STRANGER IN MY OWN LAND” PODCAST
To listen to the ASIMOL podcast on your smartphone or iTunes, use this link –
http://eurofolkradio.com/feed/podcast/a-stranger-in-my-own-land

To Subscribe To ALL EURO FOLK RADIO Shows, Use This Link
http://eurofolkradio.com/feed/podcast/ 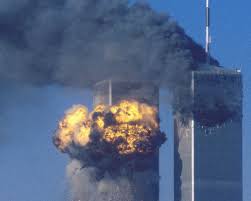 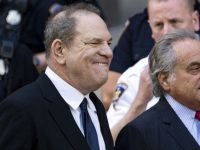 TedMidward.info - CAUCASIAN CHRISTIAN COMMUNICATIONS - Matthew 7:21-23 King James Version (KJV) 21 Not every one that saith unto me, Lord, Lord, shall enter into the kingdom of heaven; but he that doeth the will of my Father which is in heaven. 22 Many will say to me in that day, Lord, Lord, have we not prophesied in thy name? and in thy name have cast out devils? and in thy name done many wonderful works? 23 And then will I profess unto them, I never knew you: depart from me, ye that work iniquity. Revelation 3:16 King James Version (KJV) 16 So then because thou art lukewarm, and neither cold nor hot, I will spew thee out of my mouth.
View all posts by Ted Midward →
« Evolution Hoax Completely Exposed
Bloodlines-171001-Essenes Versus Pharisees and Saducees-Part 1 »