Christ on the Mount of Olives

This  masterpiece by Ludwig van Beethoven is rarely performed, as even the classical repertoire is subject to secular/Jewish censorship.  Nearly an hour long, this tribute by Beethoven to our Messiah is well worth listening to in its entirety.   The performances of the three soloists are flawless, despite the difficulty of music.   The audience called the performers back for numerous curtain calls, as Christ on the Mount of Olives is one of the most dynamic and inspiring pieces of music ever composed.

Proof that White people can really sing and perform!!!   ENJOY!

Richard Wagner banned in IsraHELL!  Even jooz are victims of Jewish censorship!!

Israelis have mostly made their peace with Germany. But for some in the Jewish state, especially Holocaust survivors, the late German composer Richard Wagner is a different story.

Jonathan Livny was so eager to have the music of the late German composer Richard Wagner played in Israel, he dipped into his own pocket to make it happen. A few months ago, he hired 100 of the country’s best musicians, rented a hall at Tel Aviv University, and advertised a concert with ads in the newspaper. Within a week, he says, 600 tickets were sold. Livny is a 64-year-old classical-music buff whose father raised him on the Wagner records he fled Germany with in 1935. He describes the 19th-century musician as one of the most important composers in history. But Wagner was also a raging anti-Semite, and though he died long before the rise of Nazi Germany, Adolf Hitler made him an icon of the Third Reich, the regime that killed 6 million Jews. Days before the concert was to take place earlier this month, Tel Aviv University informed Livny he could no longer use the venue. A Tel Aviv hotel agreed to host the event instead but backed out as well. “We lost of lot of money on this,” he told The Daily Beast. “But I’m not giving up.”

The rebuff was no big surprise. Israelis have mostly made their peace with Germany. They drive German cars, drink German beer, and even import goods from companies that utilized Jews as slave labor during World War II. But in the still complicated dynamic between the two countries, an unofficial ban on Wagner has somehow survived the rapprochement. Israeli opera companies have never performed his famed Ring cycle or any of his other works. The few conductors who have tried to include his compositions in concerts have stirred controversy. “He remains a symbol for Israelis not just of Nazi Germany but of Hitler himself,” says Sharon Pardo, who heads Beersheva University’s Center for the Study of European Politics and Society. “And this is a strong and sensitive issue.”

It’s especially sensitive for Holocaust survivors, who number about 200,000 in Israel. In his essays and articles, Wagner was vitriolic against Jews, but so were many other European figures of the era. What stood out in Germany—what survivors remember—was Hitler’s embrace of the composer, his use of the music at Nazi events and his tendency to see Wagner’s writings as validation for his own racist ideas. “Wagner provided the ideological infrastructure for Hitler,” says Uri Chanoch, an 84-year-old Israeli who started the war in Lithuania and ended up at the Dachau concentration camp in Germany. Now the deputy head of a Holocaust survivors’ center, Chanoch fights any suggestion that Wagner should be performed at Israeli institutions funded with taxpayer money. “We have no reason to tolerate him. Isn’t there enough music besides Wagner?”

But the answer, for many musicians at least, is no. Wagner’s compositions were so innovative and so seminal in the evolution of classical music that they can’t be passed over, according to Asher Fisch, the former musical director of the Israeli Opera. Fisch, 54, grew up in Jerusalem but now lives abroad. Like other Israelis on both sides of the debate, he has a personal story to tell as well. His mother was expelled from Vienna in 1939, and both his parents lost loved ones in the Holocaust. But when Fisch conducted Wagner at Vienna’s state opera, he says his mother was proud of him. “For musicians in Israel to spend their entire professional careers without playing any Wagner is inconceivable,” says Fisch, who is now the principle guest conductor at the Seattle Opera. “To give you just one example—he wrote for brass instruments like no other composer.”

That’s at least one reason why Livny continues to push for Wagner performances in Israel. A lawyer by profession, Livny established the first Israeli Wagner Society two years ago, making him an occasional target for hate mail. He met Fisch during a performance in Europe last year and convinced him to conduct the concert he had been planning at Tel Aviv University. Now, he told The Daily Beast, he’ll try to get the university to pay the damages. Livny points out that Israel is itself subjected to cultural boycotts over its treatment of Palestinians in the West Bank and Gaza, a fact that should make Israelis more sensitive to the issue. “Cultural boycotts against anyone are abhorrent,” he said. Including a long dead anti-Semite.

Beethoven, Christ on the Mount of Olives, Jesus Christ 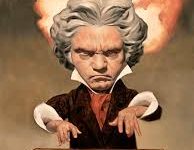 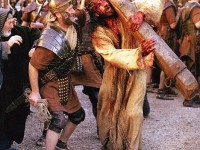 ‘Playing Jesus wrecked my career’: Passion of the Christ actor said Hollywood has shunned him

Eli James is the author of The Great Impersonation. Much of his additional writings can be found at the Anglo Saxon Israel website.
View all posts by Eli James →
« Word For Word-170828-Lamentations-Part 1
ASIMOL 170830 NW FRONT »