On this, the 72nd anniversary of the Allied holocaust in the city of Hiroshima, Japan, comes sad news from Günter Deckert, that 78-year-old German human rights activist and World War II revisionist Ernst Zündel died of heart failure at his ancestral home in Germany, yesterday.

He was a most amazing person; a good friend to this writer; few men have loved the German people more than he.

We will publish a retrospective of his life in a day or two.

He is survived by two children, Hans and Pierre; and his widow, Ingrid Rimland Zündel.

Ernst Zundel — a German-born publicist, graphic artist and publisher — was arrested on February 5, 2003, at the home in rural eastern Tennessee where he had been living quietly with his wife, Ingrid Rimland. He was seized on the pretext that he had missed an interview date with US immigration authorities, even though he had entered the US legally, was married to a US citizen, had no criminal record, and was acting diligently, and in full accord with the law, to secure status as a permanent legal resident.

After being held for two weeks, he was deported to Canada. For two years — from mid-February 2003 to March 2005 — he was held in solitary confinement as a supposed threat to “national security.” His arrest and detention generated wide media attention. A few Canadian newspapers, including Toronto’s prestigious Globe and Mail, and several independent analysts, acknowledged the injustice of his incarceration on an empty pretext. On March 1, 2005, Zundel was deported to Germany, and since then has been held in the Mannheim prison.

He was charged with inciting “hatred” by having written or distributed texts that “approve, deny or play down” genocidal actions carried out by Germany’s wartime regime, and which “denigrate the memory of the [Jewish] dead.” The first and foremost of the writings cited in the indictment are texts posted on the “Zundelsite” website, which is registered and maintained by his wife in the United States, where all such writings are entirely legal. The indictment warned that he could be punished with four years imprisonment.

Zundel’s trial in Germany began on November 8, 2005, with a dramatic clash between his attorneys and the presiding judge. In the months since then, the drawn-out proceedings have sometimes been contentious, but more often have bogged down in disputes over evidentiary and procedural issues.

For some time the many Zundel supporters who routinely appeared in the courtroom showed their respect for the defendant at the start of each session by rising when he entered the chamber. But the judge eventually prohibited this and all other expressions of sympathy.

The trial is set to continue at least into early December.

The 67-year-old Zundel has been held behind bars for nearly three years now — without ever having been found guilty of any crime! In his prison cell, he closely follows international news and trends, writes letters, and reads. His diet and living conditions, he reports, are at least better than they were during his incarceration in Canada. 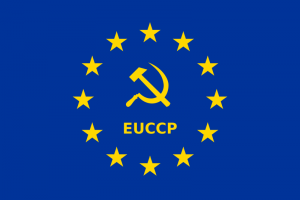 Freedom of Speech is Dead in Zionist Britain 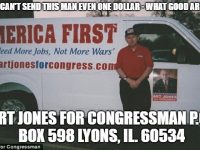 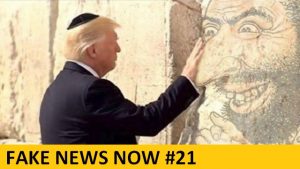 Eli James is the author of The Great Impersonation. Much of his additional writings can be found at the Anglo Saxon Israel website.
View all posts by Eli James →
« SAXON’S CREED 170806 A PEEK AT PIKE
Word For Word-170807-Job-16-19 »