Here is but a sample of this sermon:

“Would you like to hear an amazing story — the unprecedented rise of English-speaking people. One that dominated positions of power and influence over the modern world? One that was foretold with extreme accuracy? One that was told in BIBLICAL TIMES?

History has shown that these two nations rise to greatness began in the time of turmoil within the Protestant Reformation. The Protestant Reformation, often referred to simply as the Reformation (from Latin reformatio, lit. “restoration, renewal”) was a schism from the Roman Catholic Church initiated by Martin Luther and continued by John Calvin, Huldrych Zwingli, and other early Protestant Reformers in 16th century Europe. Having broken away from Rome and faced with the combined hostility of both the continental church and Imperial Spain, (then the most powerful nation in the world), England began to look beyond the seas for her security and trade.”

Have you purchased one of Pastor Mullet’s books yet?

If not here are the links for those great Dual Seedline Christian Identity books:

Awaken, Children of Israel Volume I

This IS Divine Truth Ministries

Pastor Paul R. Mullet is considered by some within the Dual Seedline Christian Identity Theology as a very powerful speaker and writer, a fast moving up and comer. His tireless devotion to his family, farm, faith and kinsmen are clearly heard within his sermons and writings.

He lives with his wife and two children, on a modest hobby farm in southern Ohio, some would say the border of what will be the New America for the white race. 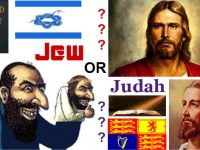 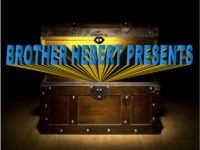