A Development To Celebrate

I see that the Democrats might elect a black Muslim as Chairman of the Democratic National Convention. I hope they do. Just like I hope the British Labour Party keep electing the likes of Dianne Abbot and Imram Khan as their public faces. And they probably will because as one splendid lady recently informed us ‘we don’t need White people running our (sic) parties anymore’.

Now much and all as I dread blacks being free to deploy their legendary organisational skills against us I otherwise welcome these developments because they’ll accelerate the move to ethnicity-based politics. Or to be more specific they’ll encourage Whites to finally wake up and embrace their own identity politics. Democrats and Labour will duly degenerate into a rag bag collection of blacks, browns, Muslims, sexual freaks and White cucks with nothing to bind them other than their antipathy to normal Whites. Cohesive they will not be. On the other hand an implicitly White party will, in an identity politics context, have every reason to be cohesive.

The position of Jews under such a dispensation is intriguing. Obviously White ethnic consciousness embodied in strong united Parties is their stuff of nightmares. But a black/brown/Muslim melange could be even worse, not least because it’d give short shrift to any attempt at leveraging muh Holocaust. Bear in mind too that the Alt-Right, the genesis of White identity, carries a deep vein of scepticism towards the Tribe and their role in White displacement.

So yes, celebrate the ongoing takeover of the Dems and Labour by angry anti-White minorities. And in due course enjoy the sight of them scrabbling over the scraps they get thrown by their ethnically conscious White rulers. That’s assuming we haven’t sent them back to the hell-holes whence they emerged. 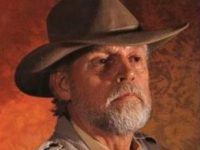 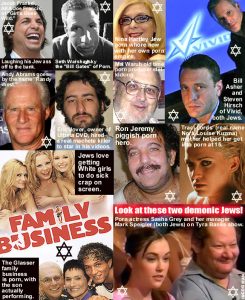 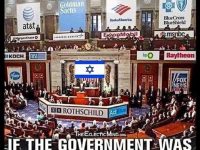 Is War Against Iran in America’s Interest or Jewish Interests?