The Ahnenerbe Project: Secret Nazi UFO Base in Antarctica

Although this video contains some propaganda about the Germans wanting to “rule the world,” it is mostly about the secret flying saucer technology that was being developed in Nazi Germany and the secret base in Antarctica that still exists today!!! It explains why Admiral Byrd fled from Antarctica.  The reason: a military encounter with Nazi flying saucers.

The Nazis believed in Atlantis and were hoping to rediscover the ancient lost technology from that great civilization.

Dr. Robert Schoch: Proof of a Highly Advanced Civilization destroyed by a massive solar outburst, circa 11,000 BC 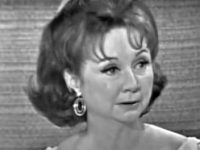 Eli James is the author of The Great Impersonation. Much of his additional writings can be found at the Anglo Saxon Israel website.
View all posts by Eli James →
« President Erdogan of Turkey is a Crypto-Jew
SINSINnati Outlaws Quoting The Bible »