Lyndon Baines Johnson was a career Zionist.  He murdered JFK for the Zionists because JFK issued Executive Order 11110, which created government money as opposed to Zionist-controlled Federal Reserve notes.  LBJ had his career paved by the murders of his political enemies.

LBJ was a life-long Zionist and helped cover up the Israeli attack on the USS Liberty. 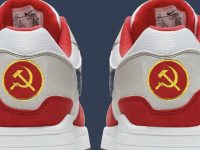 Eli James is the author of The Great Impersonation. Much of his additional writings can be found at the Anglo Saxon Israel website.
View all posts by Eli James →
« William Guy Carr on the Jewish Conspiracy Against Civlization
Executive Order 11110 »