December 2, 2014 — On the weekend of November 16th, the G20 leaders whisked into Brisbane, posed for their photo ops, approved some proposals, made a show of roundly disapproving of Russian President Vladimir Putin, and whisked out again. It was all so fast they may not have known what they were endorsing when they rubber-stamped the Financial Stability Board’s ‘Adequacy of Loss-Absorbing Capacity of Global Systemically Important Banks in Resolution,’ which completely changes the rules of banking.

Russell Napier, writing in ZeroHedge, called it ‘the day money died.’ In any case, it may have been the day deposits died as money. Unlike coins and paper bills, which cannot be written down or given a ‘haircut,’ says Napier, deposits are now ‘just part of commercial banks’ capital structure.’ That means they can be ‘bailed in’ or confiscated to save megabanks from derivative bets gone wrong.

Rather than reining in the massive and risky derivatives casino, the new rules prioritize the payment of banks’ derivatives obligations to each other, ahead of everyone else. That includes not only depositors, public and private, but the pension funds that are the target market for the latest bail-in play, called ‘bail-inable’ bonds.

‘Bail in’ has been sold as avoiding future government bailouts and eliminating too big to fail (TBTF). But it actually institutionalizes TBTF, since the big banks are kept in business by expropriating the funds of their creditors.

It is a neat solution for bankers and politicians, who don’t want to have to deal with another messy banking crisis and are happy to see it disposed of by statute. But a bail-in could have worse consequences than a bailout for the public. If your taxes go up, you will probably still be able to pay the bills. If your bank account or pension gets wiped out, you could wind up in the street or sharing food with your pets . . . Full story: globalresearch.ca

Comment: Whereas governments should hold a moritorium on home mortgage interest to ensure national security, stability and prosperity, the savings and compulsory superannuation/pension funds of John and Jane citizen, along with their savings deposits have been sequestrated by statute to meet the gambling losses of Jewry’s international banksters. 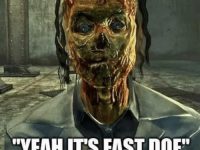 How Is the Fakedemic Affecting Your Health, Life, Liberty and Pursuit of Happiness? 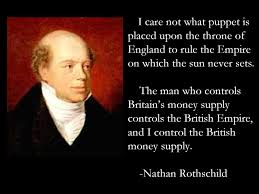 Pandemesis: Event 201 and Its Aftermath