The Aryans, or Nobles

The Aryan past is spectacular: we were the Sumerians who originated pictographs and writing; we were the ancient Atlanteans; we built Arkaim in Russia, the ancient Aryan capital of the world with an astronomy site in line with Stonehenge; we built the hanging gardens of Babylon; we were the original inhabitants of ancient Egypt, as the earliest frescoes and statues depict blue-eyed people: Menes, the son of the Assyrian king, Sargon the Great, was Egypt’s first king.

We were the Egyptian Melchizedek priesthood with Horus the Hawk, our Holy Spirit, leading and guiding us. We built the Great Pyramid of Giza with Freedom Labour inspired by God in mathematics which tells a story to whoever will open their eyes to it–Isaiah 19:19-25–this edifice intended as an altar unto the Lord, with a little passageway on its inside time line, going from the “Descending Chamber” to the “Ascending Chamber” at A.D. 33. The three pyramids were built in alignment with the stars on Orion’s belt, Orion being the constellation of Christ, or the Spirit of truth; the Egyptian Sphinx is ours; so is the South American Mayan temple and stone masonry found around the world.

We were the blue-eyed Medes-Persians, the originals of present-day Iran, the name derived from “Aryan,” meaning “Noble”; we were the Indo-Ayran Persians who established a high culture in India; we were the Greek “Danaoi,” and the Spartans, who were descendants of Abraham; we were the Greeks who founded ancient Byzantium; we were the Greek Alexander the Great, who conquered more territory in his short life-span than any other conqueror, becoming the richest man in personal wealth to this day to have ever lived, even more than the Jewish Rothschild’s and Rockefeller’s. Our Alexander was the conqueror who was initiated into the ancient rites of Osirus in Egypt, who contributed Greek culture borrowed from Egypt, who married Princess Roxana of Samarcand, and who commissioned a library to be built at Alexandria; we were the Ptolemies who built that library; we were the philosophers Plato and Aristotle; we were the Greek Cleopatra, who gave her life for her people; we were the Russian Etruscans, and the later Romans who contributed Roman culture to the world; we were the builders of the 1,000 year-old Orthodox Christian Byzantine Empire.

We were in Asia first and established a great civilization there–in China we developed gun powder. Our later European brethren developed a trade route with China as our ancestors have been found buried there–Hungarians, Serbs, Goths, Cossacks from the Don River, Turks, Swedes, Macedonians, Czechs, Scots and Bulgarians; we were the Phoenicians who ruled the seas; we were the Phoenician-Hebrews that settled in Britain, the Phoenician British–we ruled the seas again, and supplied the materials to build Solomon’s Temple; we were “Isaac’s Sons,” hence the term “Saxons”; we were those known to the Romans in Britain as Germans, from the Latin germanus, meaning “genuine”; we were the British who later absorbed the Israelite tribe of Ephraim; we were the Israelites of old, who after Assyrian captivity, as recorded in II Esdras 13, landed in “Arsareth,” present-day Germany.

We were known as the Scythians, or Latin “germanus” for genuine, as in the germ, or core, of wheat; we are the blonde, blue-eyed, and tall Nordics of the Israelite tribe of Naphtali that are buried in thousands of tombs in present-day Russia. We were from the Israelite tribe of Dan who named the Danube River and Denmark and settled in Ireland and named Dunkirk, and other Irish places after Dan; we were the prophet Jeremiah from the Tribe of Levi who went to Ireland and who is buried there–Ireland is called the “Emerald Island” named after Levi’s emerald gemstone; we were “Scota,” King Zedekiah’s daughter, who travelled with Jeremiah–“Scotland” is named after her;

We were the Vikings of the tribe of Benjamin that conquered and invaded, and left our culture everywhere we went. We are the ones that carried Benjamin’s wolf symbol with us. We are the ones who fulfilled Genesis 42:27: “Benjamin shall ravin as a wolf: in the morning he shall devour the prey, and at night he shall divide the spoil”; we were Zebulon, who handled “the pen of the writer”–Judges 5:14–who became Holland and developed the printing press.

We are the ones who carried all of the heraldic symbols of Israel to Europe which exist still to this day as a witness and clue of our origins, with the Royal families of Europe from Israel; we were the early Church Fathers, including St. Augustine, who was inspired to write the “City of God”; we were those in Europe that Jesus, the Lion of the Tribe of Judah, was speaking of when he told his disciples: “But go rather to the lost sheep of the house of Israel”–Matthew 10:6; we were those who became Christians when Paul visited us in Britain, and evangelized us, including Britain’s Royal family; we were the Druids who built Stonehenge. Pontius Pilate was educated at a Druidic university where the pursuit and debate of truth was preeminent, hence his question to Jesus, “What is Truth?”

We were the Teutonic Knights who brought the book of Enoch and more culture to Europe, hence the Age of European Enlightment; we were the German Knights Templar who built church edifices across Europe, of which it is claimed that if you view them from space, they lie across Europe in the form of a five pointed star, five representing grace, a reminder of the original five pointed blue stars found in the earliest synagogues; we were the German Catholic Luther who stood up against the Pope with corruption charges, who dared to defy ecclesiastical tyranny, who announced “justification by faith,” and who gave the German people a Bible so they could read the truth; we were the other Protestant reformers, protestors of tyranny.

We were Scotsman William Wallace of “Braveheart” who cried “freedom” rather than “mercy” and this is how our people live; we were French woman Joan d’Ark of which it is said all of heaven opened up to her so the angels could direct the cause of freedom for her people; we were the Pilgrims to America; we were the Dutch Boers who settled South Africa; we were the various sea and land explorers, and those who later landed on the moon; we were the classical composers Bach, Beethoven, Mozart, Wagner, and Handel, the latter who shut himself up to compose the “Messiah” and who attested to all of heaven opening up to him while finishing this inspired work; we were Catherine the Great who brought elegance and beauty to Russia. We were the originators of the “rights of man” and the Magna Carta; we were John Locke, and Thomas Paine, both adherents of natural law principles; we were the Founding Fathers of America, the tribe of Manasseh: General Washington, who spoke fluent German and who God protected while in battle; the intellectual genius, Jefferson, who penned the Declaration of Independence, who was proficient in Greek and Latin, who hated all “tyranny of the mind,” and who built Greek Monticello; Madison, the father of the American Constitution; Patrick Henry who declared, “Give me liberty, or give me death”; the patriot rider, Paul Revere; Nathan Hale, who regretted having only one life to give for his country–we were also the women who stood by these men; we were also the brilliant anti-Federalists, who believed in self-government and state sovereignty as written in the Articles of Confederation; we were the South who stood for these principles during the War Between the States with our leaders Robert E. Lee, Nathan Bedford Forrest, and Jefferson Davis.

We have been geniuses of innumerable inventions; we were the French who gave America the Statue of Liberty, who one observer claims is actually Alexander the Great bearing the torch of freedom; we were the builders of the Washington Monument, an Egyptian obelisk, which connects America to Egyptian high culture; we were the Wright Brothers; we were Lawrence of Arabia who gave freedom to the Arab people; we were the American Amelia Earhart, the first woman to fly across the Atlantic in 1928, and who later flew solo in 1932. We were American Christian-patriot Charles Lindberg who took the first solo flight across the Atlantic, and German Christian-patriot Rudolph Hess, imprisoned for life for pursuing peace during a flight to Britain–whose name has been falsely maligned by the the “powers-that-be” because he sought peace rather than war; we were the Germans executed at Nuremberg unjustly after being tortured into confessions and evidence falsified. Just as the narrator in “Braveheart” states, “history is written by those who hang heroes”; we were the elegant Eva Peron who loved the Argentine people; we were the classical writers Jane Austen of “Pride and Prejudice,” Margaret Mitchell of “Gone with the Wind,” and Taylor Caldwell of “Captains and the Kings.”

This present dark world is in upheaval as the world system moves towards collapse. The earth is leaving the 2,000 year-old age of Pisces, the Fish or Church age, and entering into Aquarius, the Water Bearer, an age of Spirit and Truth.

By a Women in Zion 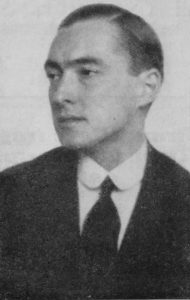 Europe Is Waking Up 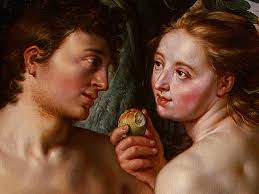 Bertrand Comparet on the Adamic Race

« Turn The Other Cheek
Alison Weir – How the U.S. Was Used to Create Israel »