By Max Musson: (As originally published at Western Spring)

As events to commemorate the 70th Anniversary of the D-Day take place over the next few days, our news media will be full of personal stories retelling tales of the heroism of those who took part in the Normandy landings, unfortunately without making any connection between the outcome of World War Two and the dire situation we find ourselves in as a nation today.

Undoubtedly those who took part in the Normandy landings and the associated operations in support of them were courageous and we should quite rightly salute them for their bravery and for their military prowess. It was estimated by those responsible for planning the landings that as many as 70% of the soldiers comprising the first wave of Allied troops to hit the beaches would die that day and one only has to hear old soldiers recount their experiences or watch realistic war films like ‘Saving Private Ryan’ to appreciate the dangers faced by our servicemen and the horrors many of them endured.

I would not want to take anything away from those old soldiers because they fought in the belief that victory over the Germans was essential to the future security and well-being of our people. They were not to know that an Allied victory would usher in an era of consummate betrayal, in which mendacious liberal and Marxist politicians would emerge with unfettered power and conspire to destroy everything those brave servicemen thought they were fighting to protect.

Prior to World War Two, Britain was a world power with a massive empire and commonwealth stretching right around the globe. We were a nation with great confidence and belief in our civilising mission and with a vigorous population growth that enabled us to export our surplus populations to colonise our dominions in Africa and Asia and to swell the British populations of Canada, New Zealand and Australia.

The World War Two generation are in the media often referred to nowadays as the generation that fought to rid us of the ‘menace’ and ‘evil’ of Nazism, but in fact they were led to believe that German hegemony in Europe was a threat to British interests and that in fighting the Germans they were fighting to secure British pre-eminence and to honour our commitment to defend the territorial integrity of our ally, Poland.

In fact there were no British interests served by an alliance with Poland and the territorial guarantees given to Poland were designed to serve Jewish interests and intended to contrive a situation in which we would be drawn into a war with Germany.

Emboldened by British and French guarantees, the Poles became intransigent in the treatment of their ethnic German minority and in their dealings with Hitler’s Germany and on 1st September 1939 the Wehrmacht invaded Poland from the west, while sixteen days later, on the 17th September, the Soviet Union invaded from the east to conclude their division of Poland as agreed under the Molotov-Ribbentrop Pact.

On 3rd September, following the German invasion of Poland, British Prime Minister Neville Chamberlain declared war on Germany, however there was no subsequent declaration of war on the Soviet Union for their pre-meditated seizure and occupation of Polish territory. This provides proof if it was needed that the territorial guarantees given to Poland were simply a pretext with which to engineer war with Germany, as even after the war when the Soviet Union occupied all of Poland, this continued violation of Polish territorial integrity was conveniently ignored by all of the other Allied powers.

Following the destruction and conquest of Nazi Germany, all opposition to the machinations of organised Jewry in Europe was eliminated and all concepts of nationhood among the European peoples based upon racial principles were likened to Nazism and discredited at a stroke.

Almost immediately pressure began to mount, emanating from Jewish and Marxist sources, for mass non-White immigration from the former European colonies to be commenced under the pretext that as a consequence of the great loss of life during the war there was now a shortage of manpower. This of course was nonsense, as during the war, when most men were away, fighting and therefore doing nothing productive, output was able to be maintained by drafting in women to do jobs that had previously always been done by men. With the return of our menfolk from the front, just a fraction of the women employed during the war would have been enough to maintain production at adequate levels.

In June of 1948 the passenger liner ‘Empire Windrush’ docked at Tilbury and discharged the first cargo of non-White immigrants onto England’s shores and so began the trickle that soon became a steady flow, then a torrent and eventually a tidal wave of immigration into Britain, such that now almost one in six of the population of this country are of immigrant stock.

Such has been the impact of uncontrolled non-White immigration into this country, that large parts of every town or city, from one end of the British Isles to the other, have now been colonised and almost every facet of our culture has been changed or altered in some way to accommodate the newcomers and make them feel at home. So large in fact is the immigrant population of Britain today that it dwarfs any feared occupation by Germans that might have happened if the Nazis had won the war.

Furthermore, so similar are the Germans to we British, that had they conquered Britain and imposed their way of life upon us, virtually all that would have changed, beyond that which has changed since World War Two, is that we would be speaking German and making our purchases in Deutschmarks instead of decimalised Pounds Sterling. It is ironic that in almost every other respect, our former way of life and culture would have remained unchanged, yet our parents generation fought with bullets, bombs and bayonets to prevent a German invasion of Britain, only to role over and submit when a graver danger presented itself in the form of invasion from the Third World.

Worse still, we are now in the dire situation that there is the very real prospect that we will be rendered a racial minority in our own land with our nation obliterated by the middle of this century if nothing is done to halt and reverse the flow of non-White migration.

While it would be so nice therefore to give full vent to our admiration of, and gratitude for, the martial qualities and the heroic sacrifices of our wartime generation, the fact is that with each passing year it becomes harder and harder to view the course of World War Two as anything other than a national disaster with truly tragic consequences.

It is a cause of great sorrow to me that the men of my father’s generation did not foresee the consequences of the war, and by the time those consequences had become apparent had lost the stomach for another fight.

It is also a source of great shame for me that my generation have meekly accepted the occupation of our land by foreign peoples with hardly so much as a whimper. It is therefore incumbent upon those of us who are alert to the looming dangers and who are aware of the tragic consequences that will befall us if nothing is done, to organise and employ every ounce of energy at our disposal to rally our people and inspire them to emulate our forebears of seventy years ago, and once more perform great feats of courage in the defence of our homeland, so that our nation can live on and our children have a future! 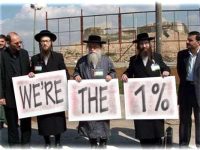 View all posts by Paul English →
« Mountbatten : Hero or Clown ?
The Jewish Dialectic »