By Yusuf Abrams: The Editor “Open letter” I request this letter to be published in the best interest of the Public of this country & international banking communities of which this matter has relevance: My name is Jeff Koorbanally (Private Forensic Investigator), I’ve been investigating SARB, SANLAM, ABSA/BARCLAYS, FNB, for fraud & theft, money laundering since 2009. The biggest fraud, theft & money laundering ever committed by any country which is in access of over R2,5 Trillion. Crimes committed from 1985 to date, of which the Lifeboat/Gift to Bankorp revealed by Ciex report (Britain Company) is part thereof. This crime was masterminded by the under mentioned trio, with Govt bonds which were Open Ended, Tap Base & Bearer type, issued in several tranches in USD denominations, with the grand total of $36 billion Us Dollar:
Masterminds of crime

Main Accomplices to the crimes

in the Democratic Govt, in terms of their non disclosure & cover up of all this, the most treasonous, serious largest financial crime ever committed by any country are: #Thabo Mbeki #Trevor Manual #Tito Mboweni #Maria Ramos #Elex Erwin #Pravin Gordhan #Nhlanhla Nene #Mcebisi Jonas

Thess crimes are holding our Democracy to Ransom

with the potential of taking the Country down to zero, this was serious crime of money laundering into world stock markets in total violation of the Stock Exchange Securities Commission Act. Penalties for such crime is total suspension from Sovereign bond markets in addition heavy fines can be imposed with the Max of 4 times the value of the crime ($36bn x 4 =$144 billion). I’m on record with all the under mentioned institutions on this matter. What is stated in this letter is factual and none of these institutions or individuals can challenge me; SAPS (dpci) NPA SARB ABSA NIA SASS SCOPA AUDITOR GENERAL FW De KLERK FOUNDATION MBEKI FOUNDATION FINANCE MINISTRY/TREASURY FIC & OPPBARCLAYS PLC BBA (UK) UK SECURITIES COMMISSION BANK OF ENGLAND US SECURITIES COMMISION INTERNATIONAL ORGERNIZATION OF. SECURITIES COMMISSION (IOSCO) BANK OF INTERNATIONAL SETTLEMENTS (BIS) G20. In the best interest of the country as the official complainantt with these international institutions I put the complaint on hold and asked the President JG Zuma to intervene & resolve this matter in an amicable manner that does not sabotage or destroy our economy. Obviously certain people must take the fall for they role in this crime, that refers mainly to Finance Ministry/Treasury & SARB. This funded a political plot & an attempt for regime/leadership change is all its about. President Ramaphosa is going nowhere till this matter is resolved. We’re no longer going to be threatened by Junk Status & Market reaction or fluctuation of the Rand value, that’s nothing but financial political manipulation. We have been on junk status since the political takeover, whereby we inherited a bankrupt country from the apartheid regime & they further imposed a huge liability on us all by their looting. *My response to the Richest Man in the country, Sir Johan Rupert is*: #Your propaganda of being a victim and accusing the Guptas of being after you is a sick & stupid joke! #The propaganda of your claims that your Empires are losing money is an equally sick & stupid game. # Your denial of having an influence on ALL the media of which you are a shareholder & what they publish is the sickest joke and an insult to our intelligence, if this was not the case you would have intervened a long time ago especially in the vicious attempt to protect Pravin Gordhan and his captured Dept Treasury. 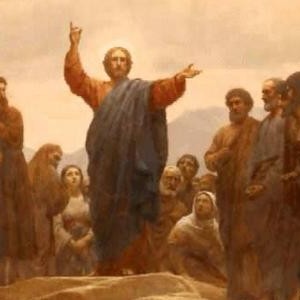 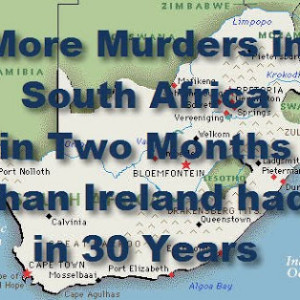 VOCI – Van Rensburg, Part 12: The Treachery of the National Party

Eli James is the author of The Great Impersonation. Much of his additional writings can be found at the Anglo Saxon Israel website.
View all posts by Eli James →
« BHP-190713-Sickness VS Health Pt 10
5G is a Weapons System »