We already know what’s coming, the globalists keep telling us what to expect!!   (Braggarts!!)

Klaus Schwabenstein today:  The ULTIMATUM has been restated as a SYSTEMIC OPPORTUNITY!!!  But for whom?

Klaus Schwab’s true meaning is set forth here:  Whether authentic or not, this is dated July 4, 2025:

United Nations Directive 001, The Start of The New World Order,
In our Calendar Year of 4 July, 2025.

In accordance with the approval of the majority of United Nations members, the
following directive is in effect upon receipt, and will be implemented immediately with
the exception of those subjects or items, that will obviously require additional time to
change and/or implement. All United Nations States will forthwith be known by their
new name and corresponding number. For instance, the former nation of Canada will
now be known as America Area 0001, The former United States of America with now be
simply known as America Area 0002. The former Central America, to include the former
nation of Mexico, will now be known as America Central Area 0003, and the remainder
of the former nations of South America will collectively be know as America Area 0004.
The former nations in Europe will collectively and henceforth are to be known as Europe
0010, with a new map to delineate boundaries between Europe 0010 and Asia 0020. All
new names for former nations within the various world continents, are listed in the
addendum to this directive, along with new maps, in order to establish boundaries and
locations of main United Nations Control Centers (UNCCs), which will administer all
future government, administrative, military and policing responsibilities.

As of 17 March, 2025 the former United States of American has turned over their
military and police forces to United Nations for control and responsibility, and they will
be disbanded or integrated into our Global United Nations forces, as soon as possible.
The former United States of America, being the last nation to cede authority over to the
United Nations Security Council, has created untold problems and delays for our United
Nations plans, and will soon feel the brunt of rapid and decisive changes to meet our
scheduled goals, of a unified and One- World- Government.
The entire Executive Branch of the former United States Government is hereby
dismissed, as our selected United Nations Leaders will assume those duties, with an
approved administrative council, to assume those duties. The Judicial Branch is likewise
dismissed immediately, as United Nations Judges have been selected and are waiting to
assume that task. However, the Legislative Branch will remain at their posts, until they
are incrementally relieved of duties by United Nations Representatives, not yet selected
or in place to discharge those responsibilities.
Questions regarding this directive or further concerns should be held in abeyance until
United Nations Representatives for your respective locations, have arrived to resolve
pending issues and questions. For the immediate moment, you may continue your life as
you have in the past. However, the instructions below are not to be questioned or
disputed. You will all have sufficient time to understand and follow these and future
directives, orders, and regulations as they are formulated and issued. Please do not panic,
and you will find our new world transforming into one of a society of planetary
excellence.Orders to all Personnel of former Federal, State, County, and Local Governmental
Entities.

1. On 5 July, 2025 you will commence to repaint all ships, aircraft, vehicles (both
military and civilian) to the United Nations Blue colors, as has been already
completed in all other nations of the world. Aircraft, ship, and vehicle numbering
will remain as is, with the exception that the UN or United Nations wording will
precede all numbers and letters You are further instructed to make preparations to
change all uniforms for both military and civil police units, to the United Nations
light Blue colors.

2. All instructions or directives from the United Nations Security Council or United
Nations Representatives will be understood to be applicable to the entire former
nation or nations, and will be enforced throughout all areas and locations. Failure
to comply or resist will be met by violent and brutal force, and those not in
compliance should expect to be shot on sight. The United Nations Council
Members and their Representatives have neither the time nor inclination to debate
concerns, or to negotiate loss of authority, property, income, or so called
freedoms. All future authority and control is in the hands of the United Nations,
and any interference in our attainment scheduled goals will not be tolerated, and
will be dealt with through jailing or swift elimination.

3. Hospital and clinics will continue to administer medical services as in the past.
However, all hospital and clinics will have management replacements and future
medical services will be provided as per United Nations directives, soon to be
published. While free care will be available to all, individuals over 50 years of age
will not be allowed to have replacement organs, as the costs are unacceptable and
the individual will have limited abilities to perform needed work for our planets
future. Similarly, those with diseases or deformities (to include children and
infants) that preclude future possibilities for work and enhancement to their
locales, with have approved euthanasia used, depending on the individual,
circumstances, and abilities.

4. Schools and universities/colleges will continue to operate as scheduled, and until
such time as administrators and educators are tested and returned to their
classrooms. That is, in accordance with United Nations educational directives.
Teachers and educators not meeting United Nations standards or following UN
directives will be replaced and new jobs will be found for the willing. Those
unwilling to cooperate, will soon be on the streets seeking other vocations.

5. Farmers who grow food products and corporations which process foods and
wholesale them, will continue to operate as normal, and until given further
instructions. However, all farming and corporation equipment will be painted the
United Nations blue color, and numbering or lettering will be changed in the same
manner as that listed in order # 1 above.

6. Police organizations of all types and kinds, which include Federal, State, County,
and Local Police, are now under the control and authority of the United Nations.
While formal written changes will be promulgated to each and every police entity
very soon, you are now an approved United Nations Police Force, and will take
all future directions from your local United Nations Representatives. We expect
resistance in many forms to our orders, therefore, you are now authorized and
have shoot to kill authorization, to anyone opposing you or our directives, and
that includes your fellow police officers. There is no need to be concerned with
trials or charges against you personally, as you have been granted authority to
shoot anyone resisting your authority at any time. All trials are on hold
indefinitely, and murderers, rapists, child molesters, arsonists, drug dealers, and
prostitutes will be shot on site, or until such time as a more controllable situation
can be established, and further guidelines provided.

7. We acknowledge that some armed resistance from some police, military, and
veterans groups, as well as from groups and individuals of various other patriotic
beliefs or even anarchists, is to be expected. These people or groups will be
eliminated either by your own forces, or by those forces assigned by our United
Nations Military Command. All nuclear, biological, and chemical weaponry are
now under Untied Nations control, and will be used in those areas where
resistance proves to take too long, or becomes too costly manpower wise. Those
who believe they can take a 30/30 rifle or .22 pistol/rifle and oppose us, are sadly
mistaken, as biological and chemical use is authorized for all areas of the former
United States of America. Further, if resistance continues for an extended period
of time, then atomic and/or nuclear weapons may also be authorized. So it will
require very stupid people to want to oppose this inevitable change in
government, and your demise will simply allow our plans to progress at a steadier
rate. Everyone is expendable, with the exception of senior United Nations Leaders
and their families, so do not provide our Council with the excuse to eliminate you,
your friends, and your neighbors.

8. All illegal drugs and alcohol sales are hereby prohibited and a minimum 20 year
jail sentence will be imposed on a first offense. Second offenses will not be
tolerated, and abusers of these prohibited items will be eliminated as mentally ill
patients will no redeemable value. Smokers will be given 90 days to end that
habit, and will be sentenced to 5 years in jail if sufficient progress is not noted
during allowable that period. This problem may take care of itself in the future, as
all tobacco sales will be prohibited in the near future.

9. All forms of religion and religious beliefs are hereby prohibited. All churches will
cease to hold services and building and structures that are not demolished, will be
used for the needs of United Nations organizations. All religious icons, books,
and paraphernalia are to be destroyed before United Nations Representatives
arrive. They alone will determine the best use of the building or structure, or
whether to simply demolish them.

10. Children past the age of 5 will be sent to United Nations Schools for future
schooling and training. Parents will be allowed to visit with their children on a
semi-annual basis for a 3 day period.

The task of changing the previous government is an enormous task, and will take time to
implement all the planned goals. The cooperation and assistance of each individual, to
speedily attain these objectives is required by our Council Members. Those who
cooperate will find their futures to be more pleasant. Those who refuse to cooperate will
find that they are no longer needed, and will find their future plans may be short lived.
This ends the initial instructions and orders in Directive number 001, which has
been specifically prepared for the citizens of the former United States of America.
Further instructions will be forthcoming as changes are made and resistance
intelligence is assessed.

These two docs are definitely authentic:

Executive Order: United Nations allowed to use Force on US Citizens | We Are Change

Stay tuned to EFR for the news before it happens. 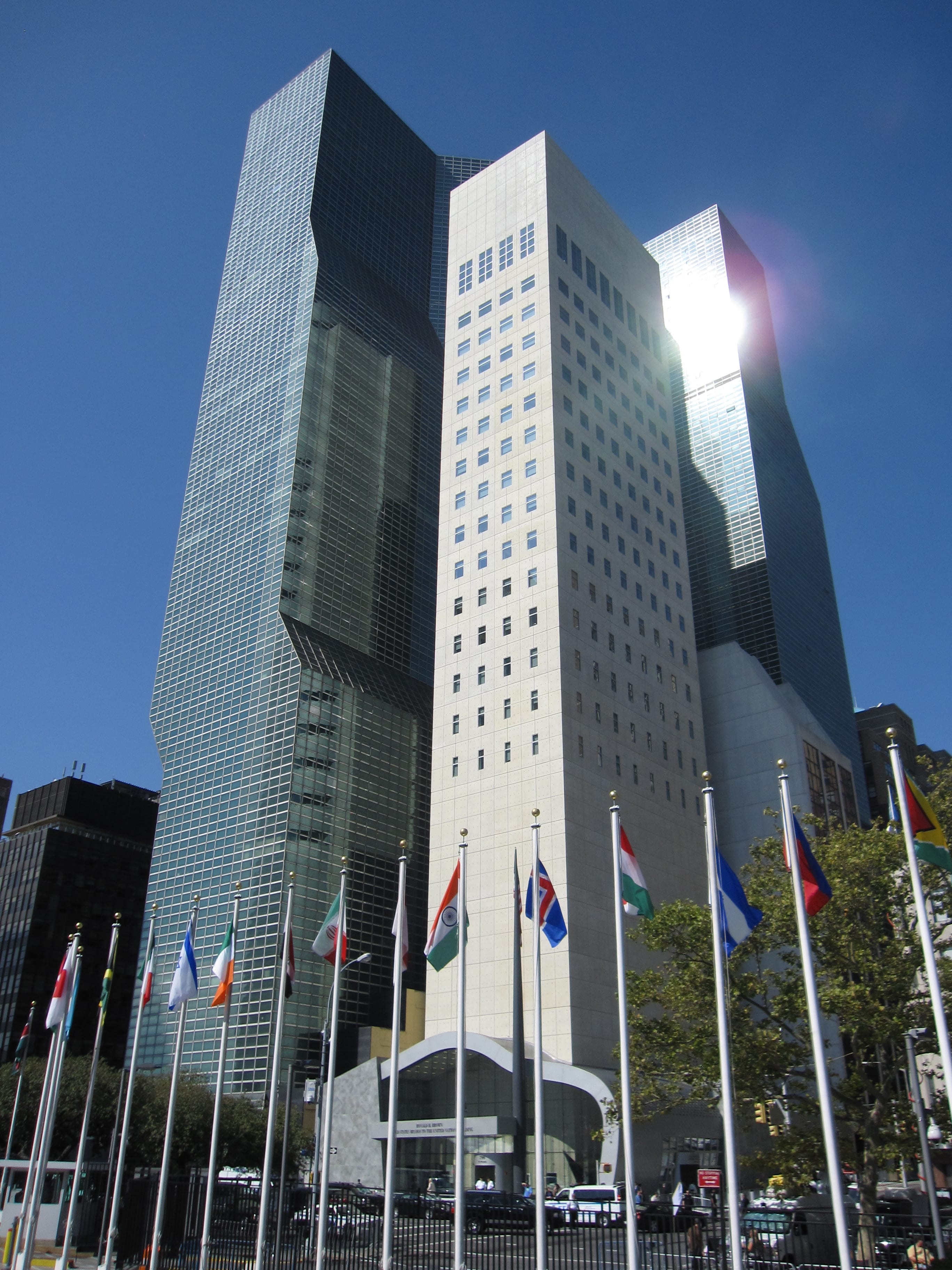 YCP – The Rockefeller-Soviet Axis and the United Nations Organization 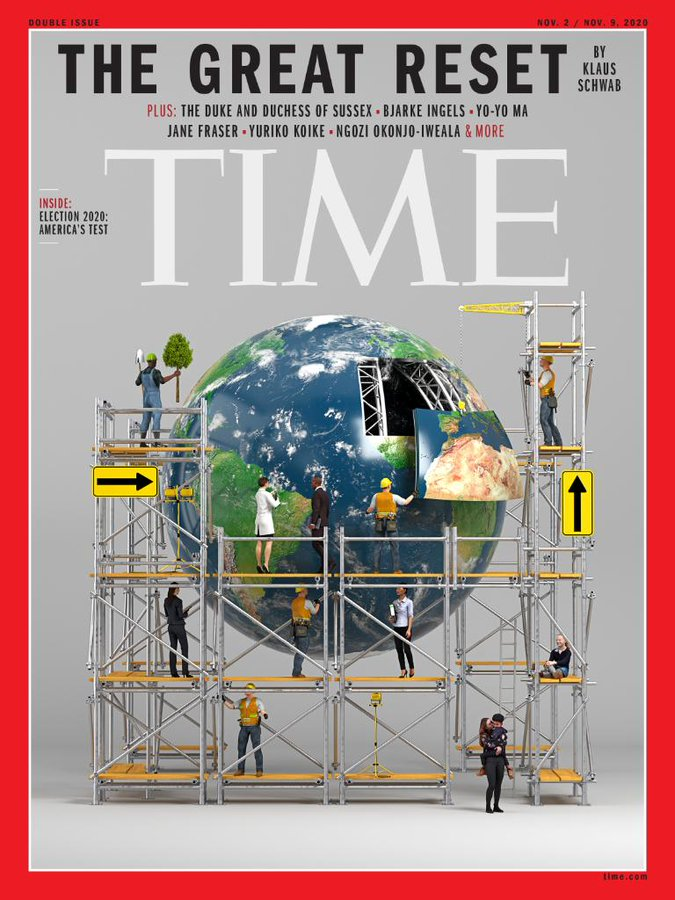 People, Get Ready: The BIG SHORTAGE Is Happening Now 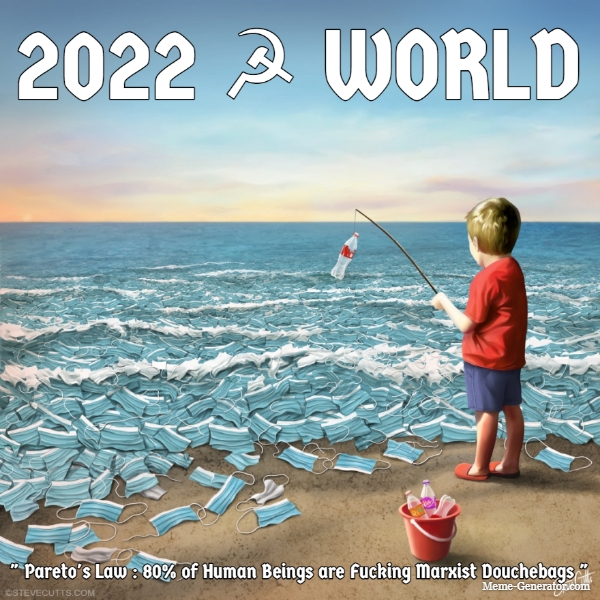 Build Back Better = Back to the Stone Age of Slavery

Eli James is the author of The Great Impersonation. Much of his additional writings can be found at the Anglo Saxon Israel website.
View all posts by Eli James →
« ACH (1563) Dr. Matthew Raphael Johnson – His Legendary Trilogy On Khazaria – Part 1
ACH (1564) David John Oates – The 9/11 Reverse Speech Files »