In today’s show originally broadcast on April 8 2020, Andy is joined by Michael Walsh And Nick Griffin, for a show entitled, “A Dress Rehearsal For Martial Law.”

We discussed: how a nation such as China that benefited greatly from global trade, would not be interested in shutting down global trade; the economic problems and prospect of a prolonged depression as a result of the global lockdown; the infiltration of nationalist groups; The Great Fear in 1789 that took place in France; the West’s demonization of China which could lead to them being excluded from the re-booted world economy; how the real figure of U.S. debt is approximately 250 trillion dollars; Mike and Nick’s history in nationalist politics; and many other topics. 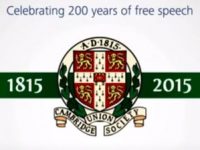 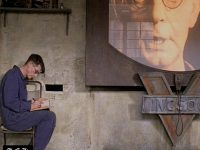 Andrew Carrington Hitchcock is the author of The Synagogue Of Satan and In The Name Of Yahweh. Andrew hosts THE ANDREW CARRINGTON HITCHCOCK SHOW. which airs a new show every day of the week at 10am on EFR. To Donate directly to Andrew, click this button You can also follow Andrew on GAB - just click the frog.
View all posts by Andrew Carrington Hitchcock →
« ACH (1227) Paul English And Mallificus Sentius – What Is Really Going On?
ACH (1229) Frosty Wooldridge – The End Of America As We Knew Her »