Blackbird9 – (176) AI Wraiths Battle A Fellowship Of The Meme

Blackbird9 – (176) AI Wraiths Battle A Fellowship Of The Meme
BLACKBIRD9

Welcome to Blackbird9’s Breakfast Club’s Wednesday Podcast, AI Wraiths Battle A Fellowship Of The Meme.  Tonight we will examine the history between the post-911 War On Terror and The Great Meme War of 2016.

In the second hour of AI Wraiths Battle A Fellowship Of The Meme, the host examines the history between the post 9-11 The War on Terror and The Great Meme War of 2016.   From the earliest Science Fiction stories of Robots and Computers, to 1923 founding of media marketing research firm Nielson Holdings, to Issac Asimov’s 1950 Rules of Robotics, to Alan Turing’s 1950 Computer AI test, to the 1956 coining of the term “Artificial Intelligence” at Dartmouth College, to the 1966 TV debut of Star Trek with an onboard computer, to the rise of Silicon Valley IT companies, to the widespread illegal Electronic Surveillance by the NSA and the TelCo industry exposed after 9/11, to the shutdown of Microsoft AI Chatbot Tay in 2016, to role played by Social media in the election of Donald Trump over Hillary Clinton in The Great Meme War of 2016, the host examines the role of Artificial Intelligence and computers in 5th Generation Warfare. 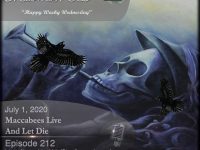 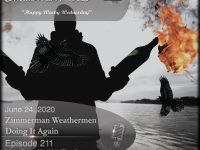 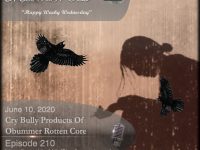 « Jewish Treachery Against Germany and Europe
The Murder of Dorothy Kilgallen »