Welcome to Blackbird9’s Breakfast Club’s Wednesday Podcast , Cowardly New World Of Gods And Monsters.  Tonight we will look at the history of the jewish rise to Global Power.

In the second hour, Cowardly New World Of Gods And Monsters, the host examined the jewish rise to Global Power.   From the MASTER/slave systems of the earliest City State models of our T3-Copper Era (10,000-4000 B.C.), to establishment of the Torah/Pentateuch Systems of the early Hebrews, to the guerilla warfare tactics of Judah Maccabee in 166 B.C., to the destruction of the Jerusalem temple in 70 A.D., to the rise of the Rothschild Banking Dynasty beginning in 1760, to the long series of jewish instigated Brother Wars that followed, to the use of both Hollywood Horror films and Disney Animation as War Propaganda against Germany, to the bloody founding of Israel as the jewish state in 1948, the host looks at the End Game PAXJUDAICA and New World Order objectives of these cowards that manipulate from the shadows and rule from their fortified holes and gated communities. 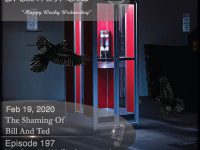 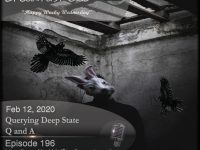 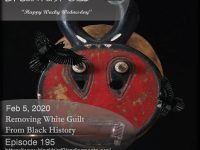