By Prissy Holly
As a former military officer who spent many long hours writing operations orders and sitting in on intelligence briefings, the one paramount goal before going into battle is knowing your enemy. Knowing their tactics, their capabilities, and their mission before sending your troops in to decimate them is vital, bringing to life the phrase “knowing is half the battle.” Now thanks to a random discovery made on college campus after an Antifa terrorist accidentally dropped their training manual, patriots across America now have access to their “top secret” tactics, and these Communists are frantic to keep this info from spreading any further, as we now possess the necessary information to make our own battle plan.

As we’ve previously exposed, George Soros and Barack Obama are the ones behind the violent uprising we’re now seeing popping up around the country. Antifa is Soros’ and Obama’s pet project, as the pair has been behind the scenes secretly funding this violent anti-American, anti-free speech radical group. But unfortunately for this set of crooked morons, we now have our hands on the very training manual that was created for their their Antifa terrorists, and it’s providing incredible insight into their tactics, and their startling plan to destroy America “at all costs.”
Antifa has borrowed many of Saul Alinsky’s tactics for their training manual. One of their key strategies is demonizing the other side with outlandish false claims, as they believe that if a lie is repeated enough, it will eventually become the truth. This is why these idiots are constantly screaming that Trump is a fascist and Hitler, and why they constantly label Trump supporters as racists and homophobes. Their ongoing hate campaign is an attempt to shut down their opposition, and their ultimate goal is the complete destruction of capitalism, patriotism, and Americanism, as they work towards establishing a one world government order.
In the introduction of these terrorists’ training manual, they make it clear from the beginning that they have no regard for free speech, and are willing to do whatever means necessary, including straight-out deceit, to achieve their goals for America. Demonizing the white race is paramount, but white males are their most fervently hated group of people in America. They believe every white male is as evil as Hitler.

This page of the manual hilariously teaches their members to use name-calling as a tactic to create for “tolerance” in America. “When all else fails, compare someone to Hitler.” They then discuss how to play the race card and use their minority status to gain the advantage. “Remember you are black first…American second.” or “Gay/Lesbian first” and “American third” and so on.

This next page offers insight into how they’re using propaganda through the media to control Americans. ““Use social media as a baton to slap down anyone who hold fascist viewpoints. Call them racist, homophobic, misogynistic. Create an echo chamber around you.” Here’s a few of the of quotes from the Media section of the manual:
“It’s important to gain control of the media through any means necessary.”
“Some major media conglomerates are swinging to our side, but they have not gone far enough.”
“If you are seeking positions of power in the media, be sure to obfuscate and hide your true intentions on the various social media platforms.”

After demonizing the other side and using the media to propagandize Americans, the next step for Antifa terrorists is to threaten the livelihood of anyone who dares speak out against their agenda. They teach their followers to LITERALLY destroy the lives of anyone who opposes them.

An entire section is dedicated to being pro-abortion, where these terrorists talk about how white people can afford to have their “fetuses” aborted, while “people of color” must be forced to keep their “fetus” to term.

Finally, the terrorists lay out their ultimate goal, which is the New World Order and New World Government, and they will use violence, hatred, and “whatever means necessary” to completely destroy their opponent, AKA Americans.

hese terrorist communists’ tactics for taking our country down our out, we must do everything in our power to make sure that this manual is in the hands of every single American-loving patriot in our country.
Be sure to share this and help get this information out! You know that Antifa will HATE you even more if you do.

Prissy Holly
TRIGGER WARNING: Prissy Holly is a conservative journalist, professional shi*t starter and disgruntled military vet who is very outspoken and doesn’t give a flying crap about your feeli
ngs when exposing the truth. If you want your daily dose of news delivered in the most politically incorrect way as possible, make sure you follow Prissy!
“We must realize our party’s most powerful weapon is racial tension. By pounding into the consciousness of the dark races that for centuries they have been oppressed by the whites, we can mold them to the program of the Communist Party. In America we will aim for subtle victory. While inflaming the Negro minority against the whites, we will endeavour to instill in the whites a guilt complex for their exploitation of the Negroes. We will aid the Negroes to rise to prominence in every walk of life, in the professions and in the world of sports and entertainment. With this prestige, the Negroes will be able to intermarry with the whites and begin a process which will deliver America to our cause.” – Israel Cohen, joo communist
“Some call it communism.  I call it Judasim.” – Rabbid Stephen Wise, chief rabbi of the United States. 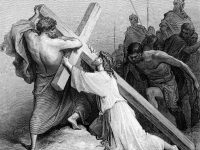 RH – Who Killed the Messiah, the Jews or the Romans? 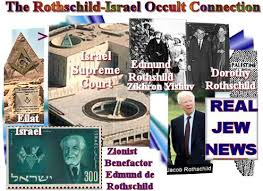 Eli James is the author of The Great Impersonation. Much of his additional writings can be found at the Anglo Saxon Israel website.
View all posts by Eli James →
« Wake Up Call-170831-BLESSINGS!
Pastors Roundtable-170901-500th Anniversary of Luther’s Theses-Pt.1 »