The Truth about the Danzig Corridor, when the German minority was being ethnically cleansed by the Polish government, in concert with the Jews and Freemasons.

How the Internationalists persecuted the German people between WWI and WWII, blaming Hitler, who was only seeking justice for Germans,who were under the thrall of Versailles occupation.

Stay tuned to EFR, where truth speaks louder than lies. 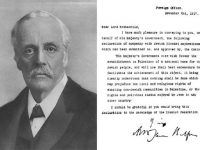 Jewish Treachery Against Germany and Europe

Eli James is the author of The Great Impersonation. Much of his additional writings can be found at the Anglo Saxon Israel website.
View all posts by Eli James →
« Larry Nichols Says the DNC Planned and Executed Charlottesville Stand Down
Yahweh’s Covenant People-2 Esdras-Chapter 2 »