The Poet and the Upholsterer’s Son

The expression on the trainee upholsterer’s face darkened as he realised he had been beaten by a rival theatregoer to the last seat in the packed theatre. The son of an upholsterer and waitress, August Kubizek was in love with opera.

He had discovered his passion when during a rehearsal he had been invited to examine the theatre’s padded seating. The boy afterwards said:

A man stood there, magnificently dressed. He seemed to be a creature from another planet; the orchestra reverberated to his powerful voice.”

Recalling the occasion when he found the last seat occupied the 16-year old said;

I was half irritated, half surprised. I considered my rival. He was a remarkable pale, skinny youth, about my age, and he followed the appearance with glittering eyes. I assumed he came from a better home, because he was always careful and well-dressed and was very reserved.”

The occasion was the 1904 opera staging at the Landestheater in Linz. That fateful evening the 15-year old Adolf Hitler was too absorbed by the opera to realise the presence of the boy who was to become his most loyal friend until in 1945 he slipped his mortal coil.

August Kubizek was born in 1888 in the Austrian city of Linz. The Kubizek family was dirt-poor. August’s father, Michael Kubizek, worked hard to make ends meet. Theirs was a tough life made tougher when soon after their being born August’s three sisters passed away.

Maria Kubizek was grief stricken at her loss and focused all of her mother love on the family’s one boy child. The sentiment was mutual as the child adored his mother. As August was later to discover, his friend Adolf had endured similar loss. Clara Hitler had lost several infants in similar circumstances.

The boys’ education was similar to each other’s and at some stage of their friendship August confided to his friend that he had ‘sold his soul to music.’

As a nine-year old August had struck lucky when in addition to a violin being given to him as a Christmas gift he learned that he was to receive free music lessons from a neighbour. August Kubizek studied through various music schools and the boy was also privately tutored.

Sadly, cold reality meant that in order to materially help his family August had little choice but to learn the upholstery trade. The spin-off was that the calling had introduced him to opera and opportunity to forge a friendship with similarly penniless student, Adolf Hitler.

I was astonished at the fast, secure perception of the other (the set). In this he was undoubtedly my superior. On the other hand, I felt my own superiority when it came to pure musical questions.”

Such was their shared interest that the two carried on chatting until they reached August’s home. Upon their finally saying goodnight the ‘skinny youngster’ had introduced himself as Adolf Hitler.

The boys became good friends and regularly frequented music events. On occasion, August was met at his place of work by his friend, Adolf. Then there was the occasion when the boy older than Adolf by one year asked the question.

“How is it that you have so much free time and you don’t find it necessary to work?”

Hitler retorted; “Of course not; a bread job is not for me.”

At first, August considered his friend’s autocratic defence as being ‘youthfully proud’.

Adolf was a dreamer and the youngster’s mind and time were completely taken up by poetry composition, architectural visions, teaching himself the artist’s skills, and of course music. Hitler had neither time nor interest in conventional work.

Often, after penning his poetry, Adolf would recite his verse which much impressed August Kubizek. Some of the adolescent’s poems were inspired by his love for the teenage girl Stefanie.

It was when Hitler showed his artwork to August and explained that he should devote his life to the arts that his friend eventually understood the reason why Adolf Hitler had no interest in conventional work. He afterwards wrote:

He belonged to this particular genus that I myself dreamed of belonging to in my most expansive moments; an artist devoted to writing poetry, drawing, painting and going to theatre. This impressed me very much.”

Adolf Hitler was forced to accept the harsh realities of life upon his arriving in Vienna. There, with his friend, he was shocked by the endemic poverty endured by the less fortunate in life.

August Kubizek shared an apartment with Hitler from February to July 1908. Although Hitler did not enter the arts academy and he was desperately low on funds he continued to encourage Kubizek to live out his own art dreams. Kubizek, whose father wanted him to take over the family business, secretly yearned to become an orchestral conductor.

His teenage friend successfully convinced Kubizek’s father that Kubizek would start at Vienna’s conservatory. Gradually, due to circumstances and unfolding events, Hitler’s idealism and Kubizek’s apolitical stance was to separate the two friends.

August’s life in Linz was dominated by the musical arts whilst circumstance dragged his poet friend into politics. Kubizek writes: “I was fully aware that it was in the artistic issues that I counted. And the more he became interested in politics, the less important was our friendship. Not because he showed it to me. First of all, he took very seriously on our friendship; secondly, he may not be aware of it himself. Adolf Hitler became a nationalist. I have seen what absolute dedication, as early as then, he gave himself to the people he loved. He felt nothing but this people.”

During this period, August Kubizek continued to live his dreams as Hitler encouraged him. Kubizek entered the Vienna Music Academy, graduated in 1912 and eventually became conductor of an orchestra in Marburg and der Drau, Austria. He was later offered a service at the Stadttheater in Klagenfurt, but this work and his music career were interrupted by the First World War. Before joining the front he married Anna Funke, a violinist from Vienna, with whom he had three sons.

Adolf Hitler’s life from there on was much less fortunate. Short of money and unable to pay the rent he drifted into homelessness. What followed were misery, casual work and eking a living by painting and selling postcards. In 1914 the outbreak of the Great War ignited in the youthful Hitler a flaming patriotism. His bravery at various fighting fronts earned him both medals and respect from officers and comrades alike.

In 1918, Imperial Germany, as innocent as the other warring nations, was ganged upon by the Western Allies and in effect colonised and brutalised. The 29-year old Adolf Hitler, realising that Bolshevism, having seized Imperial Russia, had similar designs on defeated Germany, became involved in the struggle for Germany’s survival.

August Kubizek became aware of his friend’s political activities in 1920 when he saw a picture of Hitler on the front page of Munich Illustrierte. After Hitler became a chancellor on January 30, 1933, Kubizek sent a letter to Hitler to congratulate him. Hitler’s schoolboy friend did so as sentiment suggested but he didn’t expect a reply from Hitler. However, six months later Kubizek received letters from his friend. Apologising for his late response Adolf Hitler explained that he received thousands of letters. His friend’s had been discovered and had been welcomed.

In his reply, Adolf Hitler wrote:

I would be really happy, as soon as the period of my hardest fighting is over, once again revive the memories of the best years of my life.”

In March 1938 the peoples of Austria and Germany in a referendum elected to become part of the same Reich. One month after the marriage of the two nations Adolf Hitler visited the city of his youth, Linz. There August Kubizek and fellow theatre enthusiast Adolf Hitler were reunited after thirty years. The two were to meet again at the Bayreuth Festival game. August was invited to be Adolf Hitler house guest in both 1939 and 1940. Hitler’s lifelong friend wrote of these events as “the happiest moments of my life.”

Kubizek and Hitler met the last time in 1940 after which Hitler devoted his life to defending Germany from the onslaught of the mutually supportive British, Soviet and American Empires.

However, the beleaguered German leader continued to write to his friend until his death on April 30, 1945. On the occasion of her 88th birthday, Adolf Hitler personally sent a food basket to Kubizek’s mother. In an earlier letter to his boyhood friend, Hitler penned the following words:

This war will delay us in our building program. It’s a tragedy. I did not become Chancellor for the German Empire to fight war.”

August Kubizek became a member of the National Socialist German Workers Party (NSDAP) during 1942 as a loyalty to his friend. He remained, however, apolitical.

Adolf Hitler Mein Jugendfreund is considered one of the few books describing Adolf Hitler in a way free of victors’ propaganda. August’s loyalty towards his friend endured and survived the war.

Although I’m totally apolitical and I have kept my distance to the period ending forever in 1945, there’s no power in the world that can make me deny my friendship with Adolf Hitler.”

On May 8, 1945, the surrendering German armed forces collapsed on all fronts. However, the elected and internationally legitimate German government was never tricked into capitulation. For this reason, every German regime since May 8, 1945, is an illicit enemy occupied vassal state of the U.S and global finance.

There was a high price to be paid for August’s youthful friendship. After the war August Kubizek was arrested by the American armed forces and imprisoned for 16-months. Of this period he writes:

My first and most pressing worry in this respect was the safety of the Hitler papers I possessed, Come what may, they must be saved for posterity. Years before I had carefully put the letters, postcards and drawings in cellophane covers to protect them from wear as I showed them around.

Now I locked them up in a solid leather case. Then I removed several bricks in the deep, vaulted cellar of my house in Eferding, thrust the case into the cavity and filled in the hole again so carefully that not the slightest trace of this work remained.

It was only just in time as the very next day I was arrested and held for sixteen months in the notorious detention camp of Glasenbach. Naturally, an intensive search was made during my absence for the Hitler papers, but with no success. In the beginning I was often questioned, first in Eferding, then in Gmunden. These interrogations all ran on the same lines and something like:

“So you are a friend of Adolf Hitler’s. What did you get out of it?”

“But you admit that you were his friend. Did he give you money?”

“Did he introduce you to beautiful women?”

“Did he receive you again, later on?”

“Did you see him afterwards?”

“How did you manage to see him?”

“So you were with him, really. You were quite close?”

“So you could have killed him?”

“And Why did not you kill him?”

“Because he was my friend.”

This is an excerpt from Odyssey Adolf Hitler by Mike Walsh, which is available on Amazon. 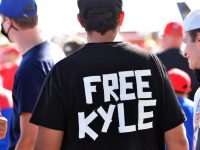 Dissident author and historian Mike Walsh has been described as a literary WikiLeaks. A freelance media writer and columnist for 35-years the journalist and author of over 40 book titles writes and broadcasts solely for liberated alternative media. THE ETHNIC EUROPEAN | Buy the Books
View all posts by Mike Walsh →
« Word For Word-170705-Prov.-7-10
EFR NEWS MIDWEEK EDITION JULY 5TH 2017 »