Consider this a maxim: “Gun-Free Zones” are the most violent places on earth.    The City of Chicago is the worst example of allowing black gang violence to flourish while pretending to care about the blacks who are its most frequent perpetrators and victims.  The reason for this hypocrisy is that gun violence in “gun-free zones” is used as a fear-mongering tactic to attack the Second Amendment – and to disarm peaceful, gun-owning Whites..  It is getting so bad in Chicago that these shootings are now taking place on the expressways.  Remember, Chicago is a “gun-free zone.”

Shooting on Eisenhower is 11th of the year 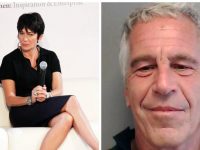 RH – Races in Chaos, by WG Finlay, the Late Publisher of the Covenant Message Magazine

Eli James is the author of The Great Impersonation. Much of his additional writings can be found at the Anglo Saxon Israel website.
View all posts by Eli James →
« The Common Man’s Music
WFW-161207-1 SAM-24-26 »