The more I see of Merkel’s behaviour the more I’m convinced that she’s some kind of Manchurian Candidate, installed by globalists at the political apex of Europe’s most powerful country. I’ve spent a lot of time recently researching her background in an attempt to discover what makes her tick. Even allowing for my limitations in the German language the most remarkable finding was, well, the lack of findings. Just like another possible Manchurian Candidate (this one in Washington) much of her life remains shrouded in mystery. Which makes her (and Obama’s) subsequent rise to positions of extraordinary power all the more remarkable, if not downright sinister.

What we do know of Merkel tells us that she was an enthusiastic supporter of the Communist Government in the GDR, to the point of being, despite her weak denials (“I can only rely on my memory. If other things emerge one can live with that too”) secretary for Agitation and Propaganda in the institution where she worked. A former colleague explained “with Agitation and Propaganda you’re responsible for brainwashing in the sense of Marxism. That was her task and that wasn’t cultural work. Agitation and Propaganda, that was the group that was meant to fill people’s brains with everything you were supposed to believe in the GDR, with all the ideological tricks.”  Former colleagues in the GDR also remember her being a severe critic of the Federal German political system and polity. And who can forget the time she threw away, visibly disgusted, the flag of the country she purportedly leads??

Yet the ink on the German reunification agreement was hardly dry when she somersaulted into the bosom of the Christian Democrats, the very embodiment of that Federal Republic. Such cold-blooded cynical opportunism was nothing new to her. Shortly after graduating in 1976, on a trip to Leningrad she met a fellow scientist, Ulrich Merkel, and they were married the following year. Her husband paid for their living expenses while Angela completed her doctorate. The doctorate complete, Merkel immediately left, taking the only thing of any value in the flat – a fridge – with her. Ulrich had not the slightest inkling that his wife was about to leave: she hired a small van one morning and took the fridge. There was no discussion, no note, and she divorced him shortly afterwards.

Once in the CDU her totally different background in the GDR must have aroused deep suspicion among party members, she had no power base, no friends, utterly lacked charm or empathy, and was a woman in a male-dominated party. Yet within a few short years she had – somehow – seized (or been awarded) the leadership of the party and shortly after that the Chancellorship itself. Her life and career therefore reveal her to be an unprincipled, conniving and disloyal opportunist. Essential qualities for a successful politician, the cynics among you might aver. And such a politician would never countenance sacrificing a career in pursuit of a selfless altruistic outcome. But that’s what Merkel has been doing with and for the “refugees”.

Is she instead some form of Manchurian Candidate, installed by NWO globalists to destroy the ethnic homogeneity of Germany and by extension the whole continent of Europe? What else could explain the insanity of what she’s doing? With the black/brown tide sweeping her (?) country into fear and chaos, with powerful moves afoot to oust her an unscrupulous conniving careerist of her ilk would jettison her altruism post-haste. But instead it seems she’s about to pour petrol on the flames. ‘I am still convinced today that “we can do it” – it is our historic duty and this is a historic challenge in times of globalisation,’ she said. ‘We have already achieved very, very much in the last 11 months.’

I await your views with interest. 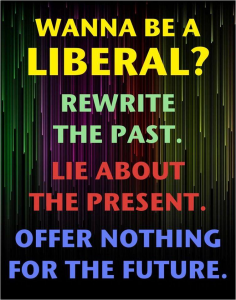 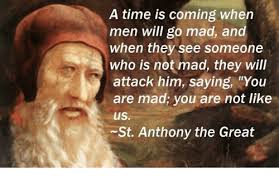 Elmhurst Hospital in NYC is a COVID Death Camp