Out of the Belly of the Leviathan

The white police officers who are shot and killed by misunderstood black ‘youths’ get a little more notice than ordinary whites who are shot and killed by black ‘youths,’ but in both cases the party line of the liberals is the same. The focus is on the white race: What did the white policemen and/or the white race in general do to make the heathens rage? So long as liberals rule the Western nations, that will always be officialdom’s reaction to the murder of whites. The murders are never the blacks’ fault. And why are the murders never the blacks’ fault? Because a pure, sinless race of people can do no evil. What seems like evil is the result of white racism – some evil whites twist the facts and try to blame blacks for their just retaliation against the white race for crimes against the black race. Unfortunately that ‘criminally insane’ apologia for black barbarians is not an exaggeration; I am not stretching a point. In the liberals’ universe there are no bad blacks, there are only evil whites who provoke wayward black ‘youths’ into committing youthful indiscretions. Nothing will ever be done to stem the blood-red tide of black on white violence so long as the liberals worship the black barbarians who represent, to the liberals, the antithesis of the white Christians of old Europe.

It is seldom made explicit, but the implicit message the liberals put out every time there is black on white violence is that black violence can be prevented if whites would behave properly. ‘The French in Haiti, the whites in South Africa, the whites of the Southern United States, white policemen, and ordinary white citizens, were and are racist; that is why they are being slaughtered. You need not worry if you are a white who repudiates racism.’ This is, of course, a liberal stratagem. Blacks are not being forced to commit violence by white racism; they commit violent crimes against the white race because they are savages who know nothing except how to rape, murder, and torture. They will not spare the ‘good whites,’ because they have no respect for anything but power. They can be restrained by force, but they will never refrain from violence because they have been shown charity. In their heathen eyes, a charitable man is a weak man who deserves to be brutalized and murdered.

Some conservative-liberals who are appalled at the Moslem invasion of Europe and the United States have tried to point out to their fellow liberals how inconsistent Moslem values and liberal values are. They point out that Moslems rape women, Moslems believe in a Moslem theocracy, and Moslems are not fond of the liberals’ view of diversity. But why, if you have tolerated the rape and murder cultures of the Mexicans and the blacks, should you turn on the Moslems? It is the mad-dog liberals who are being consistent. The conservative-liberal who wants to tolerate black and Mexican savagery while banning Moslem savagery is the inconsistent liberal. What the conservative fails to confront is the moral bankruptcy of intellectual Christianity. Christianity, divorced from the heartfelt passions, both good and bad, that come from an intimate connection to one’s own race, spawns that hellish ideology called liberalism. And at the core of liberalism is a hatred for Christ. Every other difference that the liberal has with the Moslems and the colored heathens melts away before that one essential passion they share with the Moslems and the colored heathens: They hate Christ and the Christ-bearing race.

The European people are running scared like the pre-repentant Jonah. Rather than face the liberals and the colored barbarians, they have fled unto Tarshish by way of the good ship Liberalism. They would rather hide in that ship then fulfill their destiny as the Christ-bearing people. But hasn’t liberalism failed to provide the comfort the Europeans sought? All the liberals’ systems – Thomism, Communism, and Jacobin democracy – have failed to sustain the European people in the day of battle. And they have failed because they require a man to break his covenant with his people and his God before he can attain the comfort of the liberals’ systems. If a man sacrifices his kith and kin on the altars of the liberals, he can stay aboard the ship that will take him to Tarshish? But of course we never get to Tarshish; we are in the belly of the whale. For how long? Just as long as we refuse to take up our cross and face the techno-barbarian liberals and the colored heathens of Nineveh.

The sailors on the ship Jonah sailed on all worshipped heathen gods, but they were not the ones who brought down the wrath of God. It was Jonah’s apostasy that brought down the wrath of God upon the ship and crew. So it is with the European people. We cannot ignore the central event of human history – the birth, death, and resurrection from the dead of Jesus Christ – without perishing as a people. We cannot return to paganism by becoming Socratic Christians or techno-barbarian pagans. It is all or nothing. We must fulfill our prophetic destiny or perish in the belly of the whale.

Orlando, the hero of Shakespeare’s As You Like It, declares that, “I can live no longer by thinking.” He can no longer love an abstraction called Rosalind, he must be married to the real flesh and blood Rosalind. When we had a racial home we were a people. Without that home we are Undines, we are not fully human. And how can non-humans respond to the God-Man? We can’t. Once white skin was synonymous with Christian. “I have not tasted Christian food for three years,” Ben Gunn says. He didn’t have to say European food, because to be European was to be Christian. The new theology of ‘Western culture has nothing to do with race’ is not an advance, it is a return to paganism, to Greek philosophy, which regards the incarnation of Christ as foolishness. There is no European resistance to the anti-white liberals and colored heathens, because the churchmen have made a fatal separation of race and faith. If we can’t trust the faith we received from our kith and kin, in what or whom can we trust?

The Roman Catholic churchmen blend Christianity with Islam and colored heathenism while the Protestant evangelicals blend Christianity with Judaism and colored heathenism. And they do this, we are told, in the name of a universalist God who demands one thing from his adherents – They must not be racist. But what if our race is our spiritual backbone? If I’m wrong, if there is no connection between our racial hearth fire and our God, if we do not find God through those mysterious racial and familial ties, then why have the new European Christians gone whoring after heathen gods and made gods of the colored heathens? Why can’t their universalist god, free of racial prejudices, sustain them in the day of battle?

I don’t think that a Frenchman who celebrates Bastille Day, as blasphemous as that celebration is, deserves to be slaughtered by Moslems, but surely you can see the irony of that massacre? The regicides of France did not just kill a Christian king, as terrible as that act was, they destroyed the incorporate union of the European people and Christ. It was a second fall of man. Loyalty to an abstract people and an abstract god replaced loyalty to the God who abides with us at the racial and familial hearth fire. Frenchmen and whites of all the European nations are naked to their heathen enemies because the abstract ‘blessings’ of liberty, equality, and fraternity that are celebrated on Bastille Day replaced the non-abstract virtues of faith, hope, and charity that were practiced by the racist, prejudiced, antique Europeans.

The European people have had their drunken French Revolution party for quite some time now, but the party has taken on the look of a macabre dance of death. Even when Moslem Jihadists do not kill the revelers, the Europeans look like deaths’ heads. The women who prefer other women to men, the men who prefer men to women, the whites who worship negroes, and the intellectual Christians who fear the racist label so much that they are willing to forsake their God and their people to prove they are not racist, all present us with a terrible vision of a people on the brink of extinction. What then can we hope for? It seems quite trite, and even futile, to say that Christ is the only hope of the white race. After all, it is the white Christian churchmen who have presided over the prosecution of the white race. We have been charged, on the one hand with being insufficiently Christian, and on the other we have been charged with being too exclusively Christian. The trial has been rigged. The verdict was decided beforehand. No matter what the charge, the verdict will always be: ‘The white race is guilty.’

White people in Europe, the United States, and throughout the world behave like they are on trial before a world court that will treat them fairly if they just present their case in a rational manner, following the proper rules of courtroom procedure. They never seem to understand that it doesn’t matter what they say or do, they have already been tried and found guilty in the minds of the liberals. ‘We protest peacefully, we are not racist,’ the whites plead; ‘Please let us be part of Liberaldom.’ But whites will never be allowed into the liberals’ Emerald City because of their tainted past. Buried in their racial memory, a memory the liberals are trying to purge from their souls, is the image of the Man of Sorrows. Through the power of His love our loves are restored to us, “and all our sorrows end.” Why should that vision and that hope be destroyed?

The Europeans must be eradicated because their Savior is not of this world. Neither He nor His followers are like unto the Moslems, the colored heathen, the Jews, the neo-pagans, or the liberals who seek an earthly paradise with no regard for the vision of the living God who died on the cross. This (final?) battle is about ‘this world-only’ and ‘Christ’s kingdom come.’ It was our ancestors’ contention, and it is my own contention, that when we abide with the people of our own racial hearth fire we will know the one true God who bids us come to Him through those mysterious human relationships that the liberals shun. “I reject His world,” Ivan Karamazov declared. So have they all, the liberals and their colored minions, rejected His world. But the European people cannot live any longer on that ship destined for Tarshish. We will never get there. And even if we did, we would choke on the insipid, soul-killing food of that liberal, Christ-hating city. Far better to follow our racial destiny and confront the liberals and their colored allies. For charity’s sake we must fight the people who have not charity. The lay of the ancient European minstrel speaks to our hearts. He sings of men and women who loved their people, and through that love they found the Savior who redeemed the world with a love that passeth the understanding of the liberals and the colored heathens. I don’t know any other Europe apart from that Christ-centered Europe. And why should I, or any other European, seek to know any other Europe? + 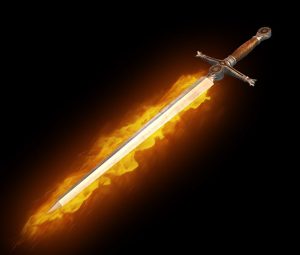 Tracing the Tribe of Dan Throughout History

BL – Prophecies of the Day of Judgment, Part 2 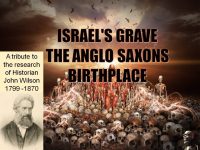 How the Word, ‘Gentile’ Has Been Abused by Virtually All Bible Schools