The Historicity of Jesus Christ is Undeniable.  The modern mythologizers have had a field day of mythologizing.  But real archeology is verifying the historical Jesus.  Read it and weep, skeptics!!!  Of course, Prof. Maier confuses the Jews with Israelites; but he provides extensive documentation of the Biblical record.

Yahshua existed and the Bible is true.  Critics of the Bible are liars, deceivers and hucksters…and lousy historians.

This verse tells us that Luke, the author of the third gospel and the Acts of the Apostles, was a doctor by profession. You will recall that in the introduction to his gospel, Luke addressed his remarks to a man called Theophilus, as follows:

Luke 1 v 1 to 3 Forasmuch as many have taken in hand to draw up a narrative concerning those matters which have been fulfilled among us, even as they delivered them unto us, which from the beginning were eyewitnesses and ministers of the word, it seemed good to me also, having traced the course of all things accurately from the first, to write unto thee in order, most excellent Theophilus,…

These verses tell us the basis on which Luke wrote his record. He gathered his information from the people who had been in the company of Jesus during his ministry, so that he could present as complete a record as possible. Then, under the guidance of the Holy Spirit, he wrote his record (2 Timothy 3 v 16; 2 Peter 1 v 20 and 21). Luke wrote his gospel in an orderly way so that Theophilus could understand the things which had been fulfilled in the life and work of Jesus. His two books are really two parts of one continuous history of the life and work of Jesus, from the birth of John the Baptist down to about the year AD 60

He sets his story against the background of Roman history. Three Emperors are mentioned by name in his record:

you will see that these Emperors are Augustus, Tiberius and Claudius.

The Emperor Nero was also referred to, being the “Caesar” to whom Paul appealed:

The birth of Jesus can be fixed in the reign of the Emperor Augustus, when Herod the Great was king in Judea, and Quirinius governor of Syria:

The beginning of the ministry of John the Baptist is dated by a series of references to the rulers of the time (Luke 3 v 1).

In addition to the Emperors, Luke named men and women of note in the Jewish and Gentile world of his day; we read about the following Roman officials and priestly leaders:

Any writer who relates his story like this to the wider context of world history is asking for trouble if there are historical inaccuracies in his record, because he gives his critics many opportunities for testing his accuracy.

One of the most remarkable things about his accuracy was his familiarity with the correct titles of all the notable persons he mentions.

In this verse Luke used the correct term “anthupa”, translated “deputy” or “proconsul.”

Later on when Paul was at Thessalonica, the “rulers of the city” were correctly called “politarchs”, a title not found in classical literature but found in inscriptions as a title of magistrates in Macedonian towns, including Thessalonica.

Herod Antipas, ruler of Galilee in the time of Jesus, seems to have been given the courtesy title of “king” by his Galilean subjects, as Mark 6 v 14 tells us. But he was not promoted to royal status by the Emperor, and had to be satisfied with the lower title of “tetrarch”. Luke, therefore, never called him king, but always “tetrarch”, as we see in Luke 3 v 1 and 19.

Luke’s description of the way in which the census was carried out, by the enrolment of all persons at their place of origin, has been illustrated by an edict of the year AD 104:

The enrolment by household being at hand, it is necessary to notify all who for any cause soever are outside their nomes (administrative divisions of Egypt) to return to their domestic hearths, that they may also accomplish the customary dispensation of enrolment and continue steadfastly in the husbandry that belongs to them.”

All of these examples show that the historical accuracy of the gospel of Luke is second to none. This is what we would expect of someone writing under the power of God.

(The book Are the New Testament Documents Reliable? by F.F. Bruce gives more information on this subject.) 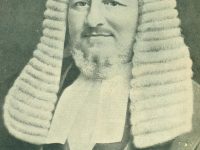 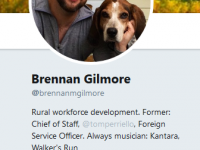 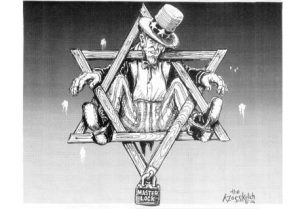 Xenophobia and Demonization of Palestinians in Israeli Textbooks

Eli James is the author of The Great Impersonation. Much of his additional writings can be found at the Anglo Saxon Israel website.
View all posts by Eli James →
« SINSINnati Outlaws Quoting The Bible
When The Adamic Race Sticks Together »