How Israel and ISIS are Joined at the Hip

This article is another piece in the jigsaw. It provides us with crucial information that enables us to see through the fog surrounding the mysterious links between the US, Israel, Turkey, and the world’s most fanatical terrorist organization: ISIS, ISIL, Islamic State or Daesh.

This was definitely not supposed to happen. It seems that an Israeli military man with the rank of colonel was “caught with IS pants down.” By that I mean he was captured amid a gaggle of so-called IS–or Islamic State or ISIS or DAESH depending on your preference–terrorists, by soldiers of the Iraqi army. Under interrogation by the Iraqi intelligence he apparently said a lot regarding the role of Netanyahu’s IDF in supporting IS.

In late October an Iranian news agency, quoting a senior Iraqi intelligence officer, reported the capture of an Israeli army colonel, named Yusi Oulen Shahak, reportedly related to the ISIS Golani Battalion operating in Iraq in the Salahuddin front. In a statement to Iran’s semi-official Fars News Agency a Commander of the Iraqi Army stated, “The security and popular forces have held captive an Israeli colonel.”

He added that the IDF colonel “had participated in the Takfiri ISIL group’s terrorist operations.” He said the colonel was arrested together with a number of ISIL or IS terrorists, giving the details: “The Israeli colonel’s name is Yusi Oulen Shahak and is ranked colonel in Golani Brigade… with the security and military code ofRe34356578765az231434.”

Ever since the beginning of Russia’s very effective IS bombing of select targets in Syria on September 30, details of the very dirty role of not only Washington, but also NATO member Turkey under President Erdogan, Qatar and other states has come into the sunlight for the first time.

The “pro-IS faction” in Washington includes the so-called neo-conservatives centered around disgraced former CIA head and executioner of the Iraqi “surge” General David Petraeus. It also includes US General John R. Allen, who since September 2014 had served as President Obama’s Special Presidential Envoy for the Global Coalition to Counter ISIL (Islamic State of Iraq and the Levant) and, until she resigned in February 2013, it included Secretary of State Hillary Clinton.

Significantly, General John Allen, an unceasing advocate of a US-led “No Fly Zone” inside Syria along the border to Turkey, something President Obama refused, was relieved of his post on 23 October, 2015. That was shortly after launch of the highly-effective Russian strikes on Syrian IS and Al Qaeda’s Al Nusra Front terrorist sites changed the entire situation in the geopolitical picture of Syria and the entire Middle East.

That Netanyahu’s Likud and the Israeli military work closely with Washington’s neo-conservative war-hawks is well-established, as is the vehement opposition of Prime Minister Benjamin Netanyahu to Obama’s nuclear deal with Iran. Israel regards the Iranian-backed Shi’a Islamist militant group, Hezbollah, based in Lebanon, as arch foe. Hezbollah has been actively fighting alongside the Syrian Army against ISIS in Syria. General Allen’s strategy of “bombings of ISIS” since he was placed in charge of the operation in September 2014, as Russia’s Putin and Foreign Minister Lavrov have repeatedly pointed out, far from destroying ISIS in Syria, had vastly expanded their territorial control of the country. Now it becomes clear that that was precisely the intent of Allen and the Washington war faction.

Since at least 2013 Israeli military have also openly bombed what they claim were Hezbollah targets inside Syria. Investigation revealed that in fact Israel was hitting Syrian military and Hezbollah targets who are valiantly fighting against ISIS and other terrorists.

That a faction in the Pentagon has secretly worked behind-the-scenes to train, arm and finance what today is called ISIS or IS in Syria is now a matter of open record.

In August 2012, a Pentagon document classified “Secret,” later declassified under pressure of the US NGO Judicial Watch, detailed precisely the emergence of what became the Islamic State or ISIS emerging from the Islamic State in Iraq, then an Al Qaeda affiliate.

The Pentagon document stated, “…there is the possibility of establishing a declared or undeclared Salafist Principality in eastern Syria (Hasaka and Der Zor), and this is exactly what the supporting powers to the opposition [to Assad-w.e.] want, in order to isolate the Syrian regime, which is considered the strategic depth of the Shia expansion (Iraq and Iran).”

The supporting powers to the opposition in 2012 then included Qatar, Turkey, Saudi Arabia, the USA and behind-the-scenes, Netanyahu’s Israel.

Precisely this creation of a “Salafist Principality in eastern Syria,” today’s territory of ISIL or IS, was the agenda of Petraeus, General Allen and others in Washington to destroy Assad. It’s what put the Obama Administration at loggerhead with Russia, China and Iran over the bizarre US demand Assad must first go before ISIS can be destroyed.

Now the game is in the open for the world to see Washington’s duplicity in backing what the Russian’s accurately call “moderate terrorists” against a duly-elected Assad. That Israel is also in the midst of this rats’ nest of opposition terrorist forces in Syria was confirmed in a recent UN report.

What the report did not mention was WHY Israeli IDF military would have such a passionate interest in Syria, especially Syria’s Golan Heights.

Why Israel wants Assad Out

In December, 2014 the Jerusalem Post in Israel reported the findings of a largely ignored, and politically explosive report detailing UN sightings of Israeli military together with ISIS terrorist combatants. The UN peacekeeping force, UN Disengagement Observer Force (UNDOF), stationed since 1974 along the Golan Heights border between Syria and Israel, revealed that . . .

Israel had been working closely with Syrian opposition terrorists, including Al Qaeda’s Al Nusra Front and IS in the Golan Heights, and “kept close contact over the past 18 months.” The report was submitted to the UN Security Council. Mainstream media in the US and West buried the explosive findings.

The UN documents showed that the Israeli Defense Forces (IDF) were maintaining regular contact with members of the so-called Islamic State since May of 2013. T

he IDF stated that this was only for medical care for civilians, but the deception was broken when the UNDOF observers identified direct contact between IDF forces and ISIS soldiers, including giving medical care to ISIS fighters. Observations even included the transfer of two crates from the IDF to ISIS forces, the contents of which have not been confirmed.

The UNDOF was created by a May, 1974 UN Security Council Resolution No. 350 in the wake of tensions from the October 1973 Yom Kippur War between Syria and Israel. It established a buffer zone between Israel and Syria’s Golan Heights according to the 1974 Disengagement of Forces Agreement, to be governed and policed by the Syrian authorities. No military forces other than UNDOF are permitted within it. Today it has 1,200 observers.

Since 2013 and the escalation of Israeli attacks on Syria along the Golan Heights, claiming pursuit of “Hezbollah terrorists,” the UNDOF itself has been subject to massive attacks by ISIS or Al Qaeda’s Al Nusra Front terrorists in the Golan Heights for the first time since 1974, of kidnappings, of killings, of theft of UN weapons and ammunition, vehicles and other assets, and the looting and destruction of facilities. Someone obviously does not want UNDOF to remain policing the Golan Heights.

THE UNDOF ZONE IN THE GOLAN HEIGHTS
UN soldiers in this buffer zone along the Golan heights
are now being attacked on the direct orders of Israel
in clear breach of international law.

In his November 9 White House meeting with US President Obama, Israeli Prime Minister Netanyahu asked Washington to reconsider the fact that since the 1967 Six-Days’ War between Israel and the Arab countries, Israel has illegally occupied a significant part of the Golan Heights. In their meeting, Netanyahu, apparently without success, called on Obama to back formal Israeli annexation of the illegally-occupied Golan Heights, claiming that the absence of a functioning Syrian government “allows for different thinking” concerning the future status of the strategically important area.

Of course Netanyahu did not address in any honest way how Israeli IDF and other forces had been responsible for the absence of a functioning Syrian government by their support for ISIS and Al Nusra Front of Al Qaeda.

In 2013, when UNDOF began to document increasing contact between Israeli military and IS and Al Qaeda along the Golan Heights, a little-known Newark, New Jersey oil company, Genie Energy, with an Israeli daughter company, Afek Oil & Gas, began also moving into Golan Heights with permission of the Netanyahu government to explore for oil. That same year Israeli military engineers overhauled the forty-five mile border fence with Syria, replacing it with a steel barricade that included barbed wire, touch sensors, motion detectors, infrared cameras, and ground radar, putting it on par with the Wall Israel has constructed in the West Bank.

Interestingly enough, on October 8, Yuval Bartov, chief geologist from Genie Energy’s Israeli subsidiary, Afek Oil & Gas, told Israel’s Channel 2 TV that his company had found a major oil reservoir on the Golan Heights: “We’ve found an oil stratum 350 meters thick in the southern Golan Heights. On average worldwide, strata are 20 to 30 meters thick, and this is 10 times as large as that, so we are talking about significant quantities.”

As I noted in an earlier article, the International Advisory Board of Genie Energy includes such notorious names as Dick Cheney, former CIA head and infamous neo-con James Woolsey, Jacob Lord Rothschild and others.

Of course no reasonable person in their right mind would suggest there might be a link between Israeli military dealings with the ISIS and other anti-Assad terrorists in Syria, especially in the Golan Heights, and the oil find of Genie Energy in the same place, and with Netanyahu’s latest Golan Heights “rethink” appeal to Obama. That would smell too much like “conspiracy theory” and all reasonable people know conspiracies don’t exist, only coincidences.

In fact, to paraphrase the immortal words of Brad Pitt in the role of West Virginia First Lieutenant Aldo Raine in the final scene of Tarantino’s brilliant film, Inglorious Basterds, it seems that ‘Ol Netanyahu and his pecker-suckin pals in the IDF and Mossad just got caught with their hands in a very dirty cookie jar in Syria.

F. William Engdahl is strategic risk consultant and lecturer, he holds a degree in politics from Princeton University and is a best-selling author on oil and geopolitics, exclusively for the online magazine “New Eastern Outlook”. 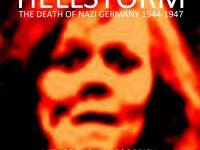 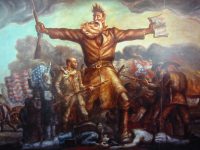 View all posts by Paul English →
« Why Don’t Feminists Talk About the Abuse of White Women?
CLASSIC COMPARET SHOW 5 The Burden Of Egypt »