Today marks another anniversary of the September 11 2001 attacks in which the Cessna pilots not alone performed a series of miraculous aeronautic manoeuvres beyond the capability of most Boeing pilots but changed the world in fundamental ways. Not least in facilitating the introduction of a raft of neo-Stalinist legislation and launching a fusillade of Bombs For Peace throughout the Arab world.

And here I hope you’ll all join me in offering condolences to two of the attack’s biggest victims. First Larry Silverstein, devastated by the loss of three of his beloved WTC buildings – a loss admittedly assuaged by a subsequent massive insurance payout.

Dov Zakheim, the second beneficiaries of our condolences, might at first glance appear an unlikely victim. But he is. You see Zak had the misfortune to mislay three thousand billion dollars during his stint overseeing Department of Defense finances. And the team investigating the loss, who Zak was confident would have found him totally blameless, were wiped out by the missile – I mean plane – that hit the Pentagon that day. Together with all the evidence they had accumulated. Imagine how Zak must have felt when he heard that!

Anyway, my commiserations and condolences to both of you guys on this sad occasion. 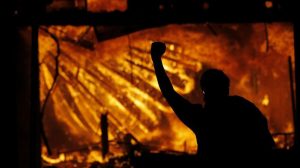 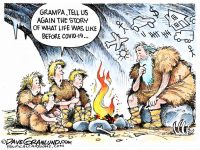