A woman faces a murder charge after the death of her five-and-a-half-month-old fetus she delivered in an abortion attempt.

Kenlissa Jones, 23, was charged with malice murder and possession of a dangerous drug. She was taken to the Dougherty County Jail.

It happened on Mobile Avenue, shortly after 8 p.m. Saturday.

Officials said Jones took an ‘abortion pill’ that she purchased on the internet, and delivered her five-and-a-half-month-old fetus while inside a car.

Jones’ brother and family were stunned to hear the news.

“At that point we didn’t even know she was pregnant,” said her brother Rico Riggins. “And so my first real reaction was like, why she keeping it away from us.”

According to a report, she purchased the drug, called Cytotec, from a source in Canada.

“Once she took those pills, from the way I’m understanding it, she was in a world of hurt for a while,” Riggins said.

On Saturday night, a neighbor drove Jones to the hospital, but she delivered the baby boy in the car on the way.

The child died after about half an hour at the hospital.

“We lost what would have been a nephew for me. And everything. And then my sister,” said Riggins.

Dougherty County District Attorney Greg Edwards said this case will likely go before a grand jury, because Georgia and federal laws will need to be explored.

It’s the first time he has seen this kind of situation.

Jones was placed in the Dougherty County Jail without bond. She has another son who is just under two years old.

Riggins and his wife have been granted guardianship of the boy while his mother’s legal standings are decided.

Georgia law states that no abortions are authorized after the first trimester unless it is performed in a licensed hospital, in a licensed ambulatory surgical center, or in a health facility licensed as an abortion facility by the Department of Community Health.

No abortion is authorized or shall be performed if the probable gestational age of the unborn child has been determined in accordance with Code Section 31-9B-2 to be 20 weeks or more unless the pregnancy is diagnosed as medically futile, as such term is defined in Code Section 31-9B-1, or in reasonable medical judgment the abortion is necessary to avert the death of the pregnant woman or avert serious risk of substantial and irreversible physical impairment of a major bodily function of the pregnant woman. O.C.G.A. § 16-12-141 (2014) 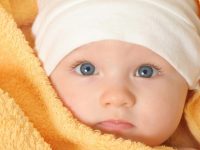 The Demoncratic Party Is the Party of Death 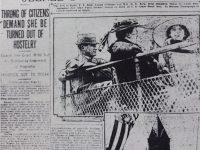