I wanted to tell everyone about this year’s pipe and drums movie. This is the second annual edition and I hope there will be many more. Firstly, I’d like to thank all the performers who participated in this years repertoire. I really enjoy the music and the atmosphere. Secondly, I’d like to thank Dronechorus on Youtube for making these videos, for without him I Wouldn’t be able to make these movies. I’ve never spoken to him, but I wish him well and Guid Luck! (NOT A TYPO).

Well, I used Sony Vegas Pro to make this film. Hey, that has OY VEGAS in it ;). I made the movies full screen and treated them to make the videos even better looking than they were. I put some bass and punch in the drums and slightly tamed the pipes taking out any harsh frequencies in the process. The colors are rich and so is the sound. I did quite a bit of photo work in Photoshop. Some very nice pictures this year and next year I hope Ma hoovercraft’s not full o eyls. A little humor there lad’s and lasses. When I chose the movies to use in the film, I chose the ones that were either the best in character or the most exciting. The first performance I chose was Field Marshal Montgomery. Ironically, this is the only finals that they lost this year correct me if I’m wrong. I feel that this was their best performance of the season and that they should have won it. Also the venue was right.
So you see I picked the movies for practical reasons. As far as the order of the outfits go, there is no particular order they are in. They are all very well executed performances and as usual, dronechorus came up with some nice camera features. My favorite leading drummer is Mick ONeill from Police Scotland Fife. I first noticed him last year. He is fun to watch and I can tell he has the spirit of Scotland as he plays. You can see it in the motions he makes as he plays. Very, very nice drum parts this outfit executes. The parts are well written and keep the listener’s interest because of their intricacy. Most of the drums were pretty tight for all the outfits this year. The only criticism I have is, some outfits tenors don’t project well and I can only deduce it to mean that they need proper tuning in order to project the sound of the tenor properly. Just some good advice Awrite!

Before I post the movie, I’d like to comment on some things I learned about the Scottish people as I’ve watched these movies. This is all positive by the way. I noticed they stay in a tight circle and take direction from leaders. They are not a people who want to change their culture and I say they have the right to keep it the way it is. You see, there is no reason to change it when it is healthy already. Why change it and make it sick? That’s what has happened in all the white countries
which are the countries of the tribes of True Israelites today. The edomite jews have admitted that they are not Israelites and they never had anything to do with Israel. Israel was a man who had 12 sons that became the twelve tribes of Israel. Israel is not a land mass. Don’t confuse the word jew with the word Israelite. They are diametrically opposed and have been enemies from the Garden up until now.
Well, the Scottish people are a proud people, proud of their race and they have every right to be. I notice that the snare players all watch the drumming leader. This is a sign of humility and it is very respectable indeed. These outfits show unity, togetherness, love, humility, respect for one another, dedication and all done in a militaristic fashion. Another great thing about our brothers and sisters of Scotland. As a musician, your not dead at age 27. There are men and women of all ages in these outfits. There’s a place for everybody in their society and that really says something to me. I have great respect for these people and I hope they can keep their culture pure. One day in the near future Yahweh God Our Heavenly Father will come back and rid us of the edomites and restore His Kingdom. We won’t have to live with these parasites any longer. Not 1, Not 1/2 of one, Not 1/4 of one, Not one in any form or fashion. Our tribes will be restored and the filth will be removed. These edomite jews have turned all the races against the tribes of Israel and all the races have made it very clear that they are with the devil and his literal children. They have put themselves in enmity with Yahweh The Most High. Remember, if you bless the Israelites, you will be blessed, but if you curse the Israelites, then you will be cursed. The Scottish people are from the tribe of Judah and they should be very proud of that.

In closing, The sequence after the performances starts off with a castle and some very pretty Scottish Music. May all the tribes return to Yahweh and stick together like glue. We Are All Strong Peoples and our real strength is in Yahweh.

[youtube http://www.youtube.com/watch?v=jQso-YY7tqA?vq=highres&autoplay=0]
Until next Time
Here’s tae us, wha’s like us? Damned few an’ they’re a’ deid
David

VOCI – Tetragrammaton, Meaning and Pronunciation of… 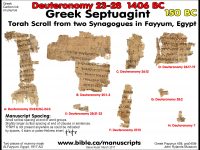 Yahweh is the God of Israel, not of the Canaanites 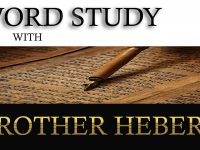 EFR’S Brother Hebert Has a Message for You

« Why the Rothschild Illuminati Assassinated JFK
Are the Jews Alien Lizard People? »