From the outstanding Irish Savant. Here at EFR some of us refer to the BBC as the Bolshevik Brainwashing Cabal, but HebeBC works well. As Mr Irish Savant makes clear, edomite control of the BBC predominates as does their trashy programming. A few years back Yentob, who thinks he knows a thing or two about art, interviewed mentally ill freak Grayson Perry as if he were talking to someone with talent. Yentob of course couldn’t care less, just so long as it lacks beauty, he being no stranger to grotesque imagery as a cursory glance at his fizzog shows. Danny Cohen, current head TV tutt peddlar, recently whined on about leaving the UK as he felt it is becoming unsafe for edomites. So what’s stopping him ?  Original here.

Today I have a quiz for you. Take a look at the guy on the left and try to work out whether he’s more likely to be a descendant of  (a) legendary BBC founder Lord Reith, or (b) a pickpocket from the Baghdad Bazaar. Well done if you chose the latter. For Alan Yetob’s parents were Jews who fled Baghdad – possibly with a furious horde of recently-bilked Muslims in hot pursuit – choosing England as their new host. Fast-forward a few decades and he’s been magicked into what the London Independent describes as ‘the guy who decides what you’ll see on the BBC‘.  You may well ask what accounts for his achieving this unique position at the apogee of British society.We can all agree he didn’t get it on his looks.(‘Would you buy a used car from this man?’). Nor on his journalistic integrity. You see he was caught faking interviews, possibly the gravest offence open to a TV producer. But far from ending his career, as it would had he been for example Lord Reith’s grandson, he amazed everyone and actually got promoted instead. Really. This remarkable escape seems to have inculcated – with justification – a sense of invincibility as he subsequently awarded himself, on top of his salary as full-time BBC Creative Director, an additional £183,000 a year for presenting the Imagine programme. He also – somehow – has managed to acquire a pension pot worth £6 million. Not bad for a humble public servant, is it? And by the way it’s apparently anti-Semitic, potentially leading to another Holocau$t™ , to question any of this.

So if we can rule out journalistic integrity and general probity maybe it was the quality of his programming then?  Actually…..no. Because his programmes’ only attribute is their well-known ability to cure insomnia. When Morpheus, Son Of Sleep, fails to visit and I lie tossing and turning in my four-poster I resort to a tried and tested solution. Turn on a recoding of Yentob’s Arts Profiles……and within minutes my snores resound through the hallowed halls of Chateau Savant.

Maybe Danny Cohen can explain Yentob’s otherwise inexplicable rise. Because Danny’s own rise has been even more spectacular….to the very top position, Director Of Television. And at the tender and unprecedented age of 38. Everyone was astounded at this extraordinary appointment. Well almost everyone. What explains this meteoric rise? Well, earlier he had enhanced the Beeb’s legendary international status with such artistic gems as Snog, Marry, Avoid (Objective: Improve ‘slap addicts’ by stripping them of their makeup and skimpy clothes), Hotter Than My Daughter (which I’ll leave to your imagination) and best of all, Skins. This artistic tour de force followed the lives of Sixth Form (12th Grade) students and celebrated with them and their dysfunctional families as they drank, fornicated and vomited their way through the show. He also aired a tribute to the notorious paedophile Jimmy Saville even after his child-molesting became public knowledge.

All in the finest traditions of Lord Reith.

Danny also ordained – in response to an accusation of partiality – that the BBC  ‘is not neutral when it comes to multiculturalism and diversity’.  We’d never have guessed that, Danny. Strangely enough he doesn’t do diversity and multiculturalism in his own life at all, going to Jewish schools and marrying a balabatish.  Maybe this is explained by the legendary Jewish trait of selfless altruism whereby he forgoes the benefits of diversity so that we goys can have even more of it. Or it could have something to do with the fact that Cohens are severely restricted in whom they can marry.

In fact Yentob and Cohen are by now the norm, not the exception as Jews predominate at the commanding heights of the BBC. We have or had at Controller level Janice Hadlow, Zai Bennett,  Richard Klein and Mark  (‘I should have done more to make the BBC less white’) Damazer;  executive board Member Marcus Paul (married to the daughter of Edmund de Rothschild), Tony Cohen, Alan Bookbinder (Head of Religion and Ethics, no less) Jenny Abramsky and former crypto Director General Greg Dyke who on his appointment in 2001 described the Beeb as ‘hideously White’. Check out Anthony Rueben as well, chosen without competition for the specially-created and very powerful post of Head Of Statistics. To ensure balanced reporting statistics. ROTFL!.

Maybe they should rename it the HebeBC.

So now this venerable British institution has been transformed into a Jewish-controlled propaganda outlet, a cesspool of  anti-White, anti-British, anti-Christian, anti-family and anti-male subversion. And all paid for by the subversion target – the British taxpayer. Bad enough in itself but, due in part to incompetent vibrants being shoehorned into every possible role, the standard of programming has also plummeted with endless re-runs of evil Nazi (shudder) ‘documentaries’ and copies of bottom-of-the-barrel American style dross. No surprise then that its viewers and listeners continue to desert it in droves.

Mark another one down in the Long March Through The Institutions.

Lord Reith must be turning in his grave.

The HebeBC Anyone?
Frankfurt School 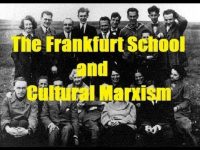 The Frankfurt School: Jewish Perversion, Subversion and Genocide of the White Race 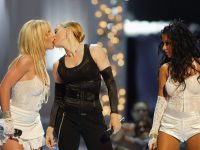 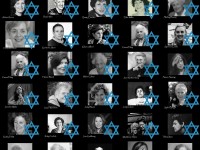 Feminism A Jewish War On Women

View all posts by Paul English →
« One Man, One Vote Is The Path To Hell
Baltimore’s Blacks Riot, Anarchy Reigns »