Recently declassified documents now prove beyond doubt that Winston Churchill was part of the Judeo-Masonic plot to replace Neville Chamberlain and drag us into war, selected documents from the National archives such as the 1939 MI5 file on MP Sir Archibald Maule-Ramsey and the 224 members of one important anti-war group, while the Nordic League, the Right club  and the Anglo German fellowship, also held similar numbers of important people opposed to more bankers wars.

Sir Archibald Maule-Ramsay was the main critic in the House of Commons of having Jews in the government, and in 1938 he began a campaign to have War Minister Leslie Hore-Belisha sacked, in one speech on April 27th he warned that Hore-Belisha would lead us to war with our blood brothers of the Nordic race to make way for a Bolshevised Europe, as openly wanted by Sir Herbert Morison and the Jewish pressure groups.

Sir Archibald also petitioned in the House of Commons to get Winston Churchill deselected as MP for Epping for his constant warmongering,Sir Archibald also sought direct guarantees of peace from Hitler and Mussolini, much in these documents were stolen and passed through traitor John Cairncross to the Russians for £60.

MI8 was the wireless interception section of MI5 and much of this article contains portions of its secret transcripts, and it has been said it was Sir Joseph Ball who was instrumental in exposing the bankers grip on Churchill and informed British Intel chief Vernon Kell, who agreed no war was needed on Hitlers Germany.

Admiral Sir Barry Domvile went with others direct to Germany in 1935 and oversaw and shared with Heinrich Himmler German naval proposals and warships, with combined plans to stop the Russian communists from crossing Europe which was allowed and pre-planned by Churchill at the wars end, as predicted by Sir Oswald Mosely who had huge support from all sections of British society against Jewish control, the recent attack by the Murdoch press on his son Max Mosely was in revenge for his fathers beliefs, in Jewish law revenge down to the 7th generation is permissible.

Vernon Kell and Neville Chamberlain were among those opponents murdered by Churchill, while Sir Barry Domvile was one of a group sent to prison without charge throughout the war. A senior member of M I 5 through the war named Sorrell, kept copies of the documentation of Churchill’s murders and treachery, and was one of several intel officers secretly informing the magazine Truth. An agent runner for Lord Victor Rothschild’s pro Jewish banker group named Flora Solomons confessed in an interview that war with Germany was vital to restore bankers control.

“Agent 116″ was said to be a “Mr Shipman” a Jewish entrepreneur and distantly related to the Dr Harold Shipman, which claimed he spied for the Focus Group of Jewish bankers who were promising to fund the war, MI5 records from the restricted section confirm this and that the peace group was assisted by two women secretaries Anna Wolkoff and Joan Miller, Joan Miler was another traitor to Britain and was a paid informer to the pro-war group, later in life when alone she told me she would cry over this episode in her life, her book “One Woman’s War” which is heavily edited tells of her life in intel.

Winston Churchill had a small private cinema underneath his London Office, and while he would watch films while British and German people fought for their lives, the cinema projectionist would listen to Churchill’s drunken shouts, and he would talk to Churchill secretary Patrick Kinna about the murders instigated by Churchill mentioned here.

Those in our parliament must be our citizens, not foreign nationals and no dual passport fudges, and we will not allow our people to be tricked into another World War. 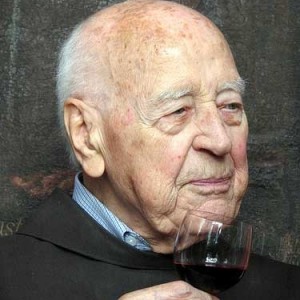 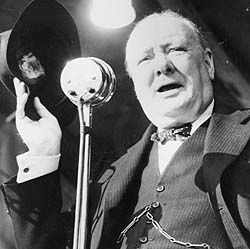 View all posts by Paul English →
« Insight – Anchorman 2 Review
VOCI : Who Were The Samaritans ? »