The Sinking Of The Lusitania

America’s Entry Into World War I, A Bonanza For Wall Street

On this day 99 years ago, a German U-boat sunk the RMS Lusitania off the southern Irish coast with the loss of 1,195 lives, including 128 Americans. 94 children perished, 31 of them mere babies. This incident became the major catalyst for drawing a reluctant America into the European slaughter pens of World War 1.

But was the sinking of the Lusitania one of those unfortunate acts that occur randomly during war or was there a more sinister and deliberate hand at work?

In a disputed incident like this, one often gets to the truth of the matter by asking the question, “Cui bono?” “Who benefits?” After a detailed examination of the facts, one can only come to the conclusion that it was the banksters who benefitted, and grossly at that.

The RMS Lusitania was one of the world’s biggest ships and the pride of the Cunard Line at the time of her demise. “RMS” stands for “Royal Mail Steamer” which meant that the Lusitania was certified to carry the mail, earning her owners an annual fee of some £68,000.

At the time of her final voyage, leaving New York for Liverpool on May 1st, 1915, Europe was embroiled in war. Germany had declared the seas around the United Kingdom to be a war-zone and German U-boats were wreaking havoc on enemy shipping.  300,000 tons of Allied shipping were sunk every week and one out of every four steamers leaving Britain never returned. Britain was virtually cut off from her allies and her waters were fraught with danger.

In contravention of the rules of war at the time (the Hague Conventions and the Cruiser Rules) the RMS Lusitania was carrying a considerable amount of ammunition, explosives, and other war matériel for the armies of England and France.

As G. Edward Griffin wrote in The Creature From Jekyll Island, “…she [The Lusitania] was virtually a floating ammunition depot.” This meant that she wouldn’t have the status of a non-military ship and could be fired upon without warning. It was widely known that the Lusitania was entered into the Admiralty fleet register as an armed auxiliary cruiser and was so listed in Jane’s Fighting Ships and in The Navy Annual.

The Germans knew that The Lusitania was carrying military supplies bound for Germany’s enemies on the Western Front. The German embassy in Washington even took the precaution of placing an advertisement in 50 U.S. newspapers warning civilians not to sail on the Lusitania. Due to the intervention of the State Department most of the notices were not published. However, the Des Moines Register carried the following advert which was placed beside an ad for the Lusitania…

“TRAVELLERS intending to embark on the Atlantic voyage are reminded that a state of war exists between Germany and her allies and Great Britain and her allies; that the zone of war includes the waters adjacent to the British Isles; that, in accordance with formal notice given by the Imperial German Government, vessels flying the flag of Great Britain, or any of her allies, are liable to destruction in those waters and that travellers sailing in the war zone on the ships of Great Britain or her allies do so at their own risk.

In the early stages of the War, England and France had borrowed heavily from American investors and had selected J P Morgan, partner and front man for the Rothschilds, to act as sales agent for their bonds. Morgan was also selected as a purchase agent to buy war materials when the bond money was returned to the States. Morgan was in the happy position of receiving lucrative commissions in both directions, which, in the case of England and France amounted to some $30 million. That’s not counting commissions on hundreds of millions of dollars of business done with Russia, Italy, and Canada.

Furthermore, through holding companies, the House of Morgan directly owned many of the manufacturing firms receiving production contracts for military goods from England and France. (Undoubtedly these firms were the foundation of the ‘military-industrial complex’ later referred to by President Eisenhower.) Soon, J P Morgan became the largest consumer on earth, spending up to $10 million per day. Morgan was in the privileged position of being buyer, seller, and producer and amassing profits from all sides.

However, when the War began to go badly for England and France, Morgan found it impossible to get new buyers for the Allied war bonds. There was a real fear in Whitehall at the time that England was about to lose the war. If the Allies were to default, Morgan’s large commissions would come to an end and his investors would suffer gigantic losses (some $1.5 billion). On top of that, Morgan’s war production companies would go out of business. Something needed to be done urgently.

As the RMS Lusitania departed Pier 54 in New York on May 1st, 1915, Morgan surmised that if the cruiser were to be sunk by a German submarine, the resulting furore would certainly bring America into the War on the side of the Allies. Not only would Allied bonds be in great demand but Morgan’s war production companies would have to go into overdrive to outfit over four million American soldiers who would be mobilized for the European War.

Six days later, on the afternoon of Friday, May 7th, 1915, the Lusitania approached within 12 miles of the southern Irish coast. Winston Churchill, the Lord of the Admiralty, knew that German U-boats were operating in the area after three ships had been sunk in the previous 2 days. Not only did Churchill not come to the assistance of the Lusitania but he ordered her planned escort, the destroyer Juno, to return to Queenstown harbour. Earlier, the Lusitania had been ordered to reduce speed by shutting down one of her four boilers (ostensibly to save coal). She was a sitting duck and the entire Admiralty knew it.

At least one of Churchill’s officers, Commander Joseph Kenworthy, was disgusted at the cynicism of his superior. In his 1927 book, The Freedom of the Seas, he would write: “The Lusitania was sent at considerably reduced speed into an area where a U-boat was known to be waiting and with her escorts withdrawn.”

At 2.10 in the afternoon of that fateful Friday, Kapitänleutnant Walther Schwieger of U-boat U-20 spotted the Lusitania and gave the order to fire one torpedo. The torpedo struck the Lusitania on the starboard bow, just beneath the wheelhouse. A few moments later, much to everyone’s surprise including the watching Germans, a second huge explosion took place within the hull and the ship began to founder rapidly. 18 minutes later, the Lusitania disappeared beneath the waves.

Irish rescuers sailed out from Cork, over 11 miles away, and plucked some 764 survivors from the cold waters.

Many researchers today believe that the second explosion was caused by some of the 600 tons of pyroxyline explosive, 6 million rounds of .303 bullets, 1248 cases on shrapnel shells, plus an unknown quantity of munitions that filled the holds on the lower deck.

Ever since, the British Government have endeavoured to keep the Lusitania’s cargo a secret. As late as the 1950s the Royal Navy used the wreck of the Lusitania for target practice by dropping depth charges in order to destroy any evidence that the ship breached Cruiser Rules of war or the Hague Conventions.

After the sinking, the British ordered an official enquiry under the direction of Lord Mersey. The Admiralty manipulated Lord Mersey to find the master of the Lusitania, Captain Turner, at fault for the disaster. Lord Mersey complied with the Admiralty’s wishes but, in a crisis of conscience, refused payment for his services and requested that henceforth he be “excused from administering His Majesty’s Justice.” Mersey’s only comment in later years was: “The Lusitania case was a damn dirty business.”

The sinking of the Lusitania was a major catalyst for America’s later entry into the World War. Total deaths from the War are estimated between 9 and 15 million souls; American casualties of dead and wounded were in excess of 300,000.

But the House of Morgan, House of Rothschild, and other banksters were thoroughly pleased at America’s entry into the War. It meant that they continued to benefit hugely from the wholesale slaughter and misery of millions of programmed human beings.

When one thinks of Pearl Harbour, Gulf of Tonkin, 9/11, and other false flags it seems that some things never change. The lessons of history are quickly forgotten. The public has always been so utterly gullible and predictable.

But thanks to the Internet and social media, that is all now beginning to change…

Gabriel Donohoe is a Writer and Natural Health Therapist who lives in Co. Cavan, Ireland. He sometimes uses the name “Fools Crow”, in honour of a Lakota holy man and healer who dedicated his life to his people and to all of humankind. 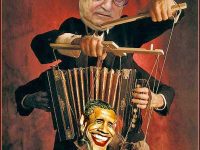 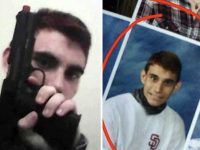 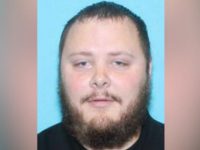